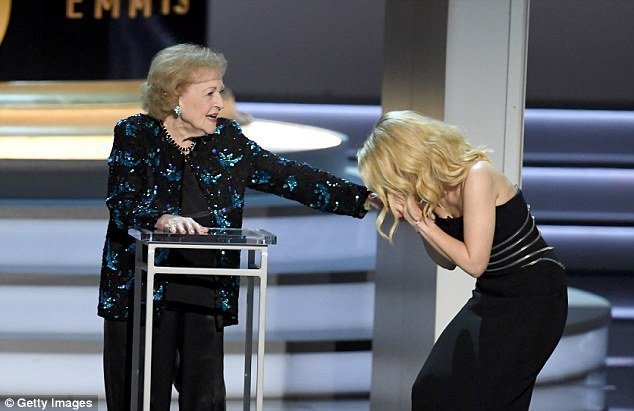 It’s Betty White’s world, we just live in it.

The entertainment icon, 96, charmed the audience at the 70th Primetime Emmy Awards at the Microsoft Theater in Los Angeles Monday.

‘It’s incredible that I’m still in this business and you are still putting up with me,’ said the comedy stalwart, who was nominated for her first Emmy in 1951 at the event’s third ceremony ever.

‘It’s incredible that you can stay in a career this long and still have people put up with you – I wish they did that at home.’

White launched into an amusing anecdote from the dais at the event after being welcomed to the stage with a standing ovation from the crowd.

‘Somebody said something the other day about first lady of television,’ the Golden Girls star said, ‘and I took it as a big compliment.

‘And then I heard her talking to her daughter a little later, and she said, “First lady, she’s that old – she was the first one way back.”‘

‘I thought the biggest, most exciting night I’d ever had – I’m talking to Lorne Michaels now – was the night he gave me an honor, but boy you topped yourself tonight, Lorne.’

She continued, ‘Thank Lorne Michaels for doing not only this tonight but all the wonderful things he’s done with me … no, for me.’

At the end of her segment, Betty threw in a bit of humor as presenters Kate McKinnon and Alec Baldwin gave her a kiss on the hand.

‘You think I’m gonna miss a chance when I get it?’ asked White, who has won four Emmys in her career. 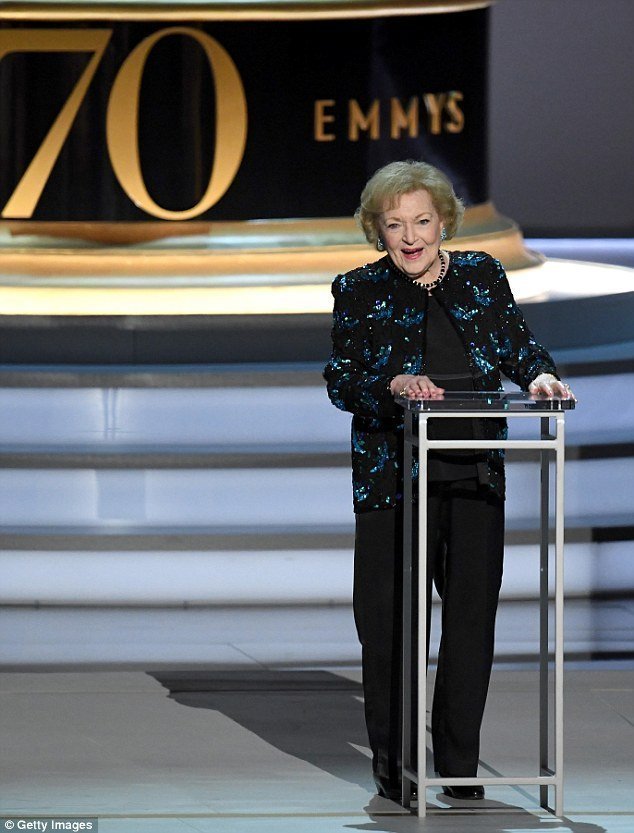