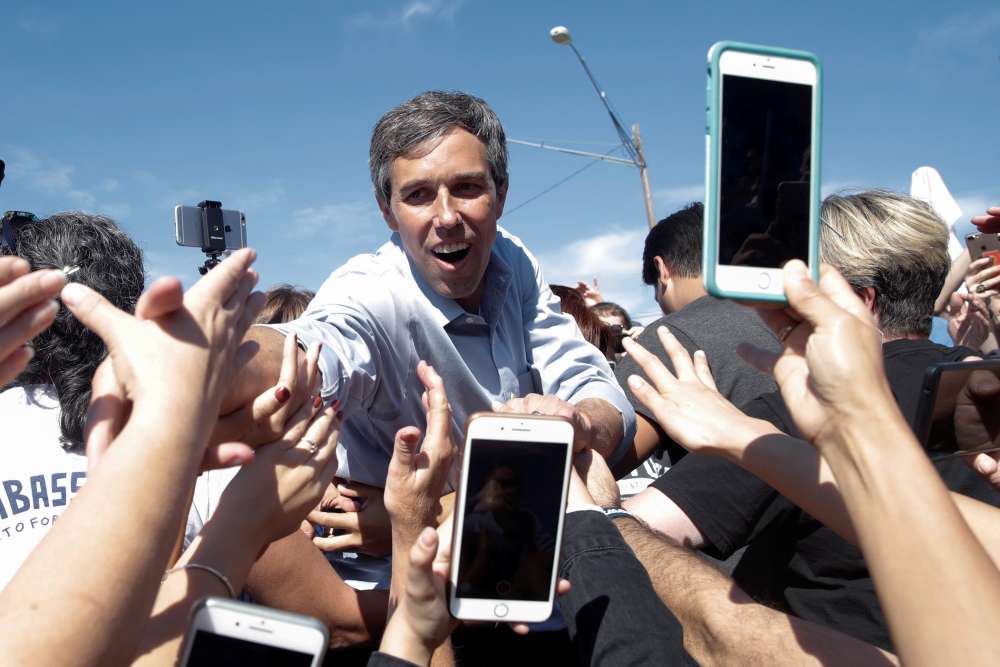 Former Texas congressman Beto O’Rourke joined the 2020 presidential race on Thursday, ending months of speculation about whether he would join the throng of Democrats vying for the chance to run against President Donald Trump.

Announcing his candidacy in an online video, O’Rourke, who gained a national following with his long-shot election battle against U.S. Senator Ted Cruz last year, pledged to tackle “the interconnected crises in our economy, our democracy and our climate”.

“This moment of peril produces, perhaps, the greatest moment of promise for this country,” he said in the video which was posted on the El Paso Times website.

O’Rourke is expected to immediately set out on a campaign swing through Iowa, which holds the first Democratic nominating contest in February 2020.

Beyond a previously announced event in Waterloo, Iowa on Saturday, O’Rourke is expected to visit other towns in eastern Iowa, traditionally a Democratic stronghold, Politico said.

The trip will serve as the first test of whether O’Rourke can carry to the national political stage the pop-star appeal he showed in Texas last year, drawing enthusiastic crowds and $80 million in campaign donations.

O’Rourke heads to Iowa amid some signs his popularity there has waned in the past several weeks, as he has publicly deliberated about a run while more than a dozen Democrats leapt into the race.

An influential Iowa poll released last week showed O’Rourke as the first choice of just 5 percent of Democratic voters, behind four contenders, including former Vice President Joe Biden, who has not yet declared a bid, and U.S. Senator Bernie Sanders.

When the Des Moines Register/CNN/Mediacom poll was first run in December, O’Rourke placed third, the top choice of 11 percent. In an encouraging sign, however, a third of respondents said they did not know enough about him to have an opinion.

O’Rourke, 47, served three terms in Congress representing a region of West Texas along the U.S. border with Mexico.

His initial challenge in the Democratic presidential race will be to distinguish himself from candidates sharing his positions on key progressive issues, such as universal health care and refusing donations from corporate political action committees.

Of late, O’Rourke has tried to distance himself from some left-leaning candidates, such as Sanders and Senator Elizabeth Warren of Massachusetts, whom Trump has derided as “socialists”.

“I’m a capitalist,” O’Rourke told reporters last month. “I don’t see how we’re able to meet any of the fundamental challenges that we have as a country without, in part, harnessing the power of the market.”

O’Rourke, whose given name is Robert Francis, acquired his nickname while growing up in El Paso, Texas.

In 2012, he won against incumbent Democratic congressman Silvestre Reyes in a Latino-majority district, and was re-elected twice before giving up his seat to run against Cruz.

A former bassist in a punk band, O’Rourke’s 1998 arrest for driving while intoxicated has been an issue in every campaign he has run and will undoubtedly resurface during his presidential bid.