Bethlehem set for a Happy Christmas: more rooms, more inns and part of its manger back 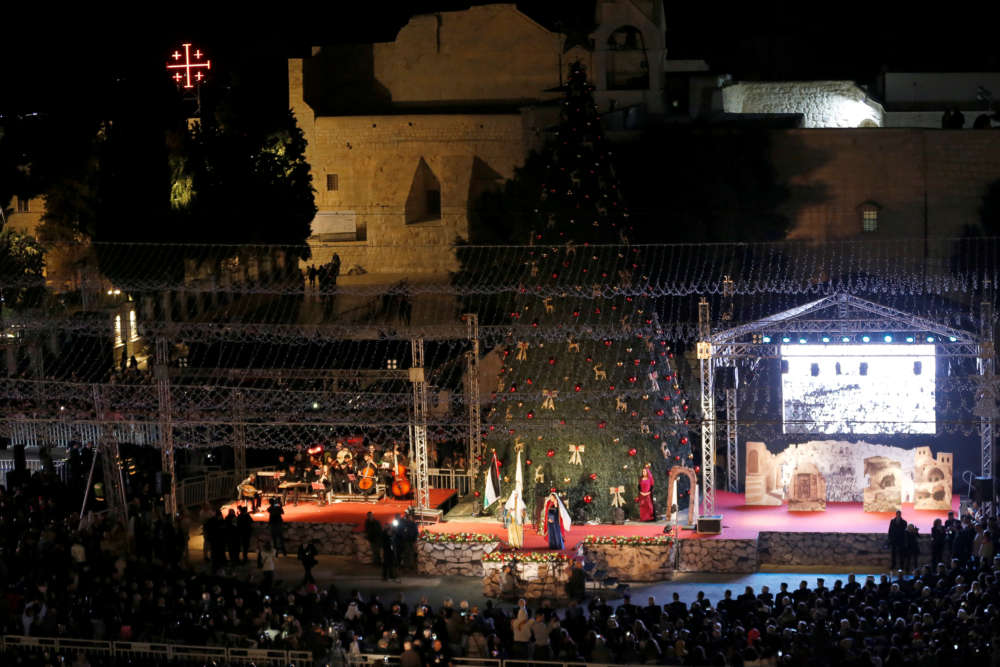 As the Christmas decorations go up in Manger Square, Bethlehem is preparing for its best Christmas for two decades, the town’s mayor and hoteliers say.

Five new hotels are in the pipeline and existing ones are expanding. The town has even extended the opening hours of the Church of the Nativity, revered by Christians worldwide as the place of Jesus’ birth.

But even after three years of relative peace and prosperity, people are still nervous in the small Palestinian town, a few miles south of Jerusalem in the Israeli-occupied West Bank.

So dependent has Bethlehem become on tourist income that an upsurge of violence anywhere in the volatile Middle East – not just in its near vicinity – spells financial disaster, with nervous tour groups prone to cancelling months ahead.

“Since three years (ago), things are going up, this year is better than 2018 and 2018 was better than 2017 and it is a continuous increase in the number of tourists who are coming to the city,” Salman told Reuters.

The main bottleneck, he said, was the tiny front door of the Nativity church, through which pilgrims must crouch to enter. Once vast, it was reduced in size centuries ago by the Crusaders, then again during the Mamluk and Ottoman Turkish eras to prevent looters driving carts into the church.

For the first time this year the authorities extended the church’s opening hours from sunset to 8 p.m., Salman said, and in 2020 they plan to enlarge the town’s coach station and to address heavy congestion on the narrow road to Manger Square.

They will even consider asking tourist groups to register in advance in future. “If the number will be high and the church can’t receive all of them we need to look for other plans that can be helpful,” he said.

GHOSTS OF CHRISTMAS PAST

This year townsfolk are abuzz about a new attraction – a wooden relic reputed to be from the manger used by the infant Jesus and sent back last week to Bethlehem from Rome.

But the town remains wary. Bethlehem enjoyed good times until the outbreak of the second Palestinian uprising in 2000, which saw years of mutual blood-letting between Israelis and Palestinians, leading tourism to collapse.

Scars remain – most visibly Israel’s high concrete wall that towers over the northern entrance to Bethlehem, and separates it from Jerusalem.

The manager of the Alexander Hotel in Bethlehem, Joey Canavati, said his family had nearly given up on the town during the lean years, but now had bookings through to 2021. The hotel plans to nearly double in size from 58 to 110 rooms.

“Business has been booming, we have never seen it like this ever before,” he said. “(With) the number of tourists that have been coming in this year we have a huge lack of rooms here in Bethlehem.”

But he added a familiar note of caution: “It’s always about stability.”

By In Cyprus
Previous articleEU on Turkey- Libya deal: ‘We need to respect international law’
Next articleInteractive exhibition “Water at the heart of science”