Berlin’s “Ledra Palace” will host the tripartite meeting on Monday 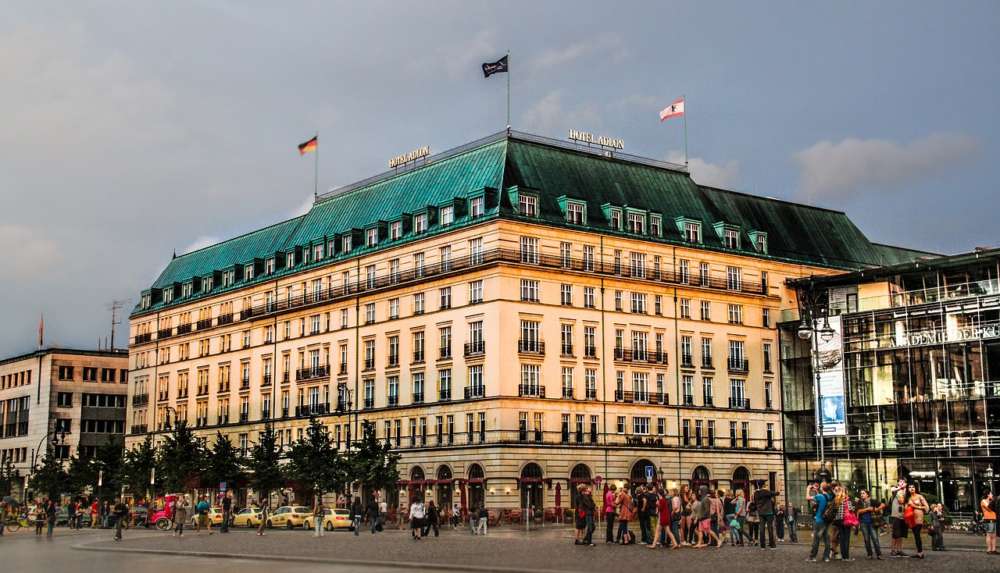 The venue carries particular symbolism — reminiscent to Nicosia’s Ledra Palace  — as the hotel stands just metres away from the Berlin Wall that once divided the city.

Few hotels have had as tumultuous history as the Adlon, now officially the Hotel Adlon Kempinski. Hotel Adlon was named after its first owner, Lorenz Adlon. Its fate has mirrored that of its home city, ever since Lorenz Adlon first convinced Kaiser Wilhelm II that the German capital deserved a grand luxury hotel on par with those in London and Paris. In the early 20th century, Adlon invested 20 million gold marks to build the hotel which opened its doors on October 23, 1907, and soon the hotel became popular with Berlin’s upper class.

Adlon’s first and most loyal customer was Emperor Wilhelm II, the last Kaiser of Germany. He was the first to enter the building during its inauguration. He considered it one of his palaces and had special rooms for his guests. He paid an amount equivalent to 75,000 euros a year. The most famous room of the hotel was, of course, the Kaisersal, or the Emperor’s Salon, and it was there that the great banquets were given. During the Weimar period, Adlon ranked among the most famous in the world.

The list of famous celebrities who have stayed at the Adlon is quite long – Charlie Chaplin, Henry Ford, John Rockefeller and Thomas Edison, as well as US Presidents: Herbert Hoover, Theodor and Franklin D. Roosevelt. Albert Einstein had his own suite in the Adlon. Greta Garbo’s 1932 film Grand Hotel is set at Adlon. In one of its rooms, she first utters her trademark line ‘I want to be alone’.

Mirroring Germany, Adlon’s history is cut in two, as the fall of Berlin to the Allies in 1945 left it in ruins.

Most of the hotel was in no man’s land, however East Germany decided to operate one of the sections that was located on its side, keeping the name of Adlon. The rest of the building, which had been destroyed during the war, was demolished in 1952. The part of the building which was still functioning as a hotel, was permanently closed in the 1970s.

After reunification, a West German company decided to rebuild it. Work began in 1995 and was completed in 1997. The restored hotel was renamed Berlin Adlon Kempinski, as part of the Quebec chain and opened its doors to the public on August 23, 1997. In 2003 – 2004 two more sections were added to the main  building.

By In Cyprus
Previous articleCentral Bank circular calls on bank staff to be polite, patient with clients
Next articleSecurity Council members express full support for UNSG’s efforts over Cyprus