‘Benny the Beluga’ facing Christmas in the Thames far from home 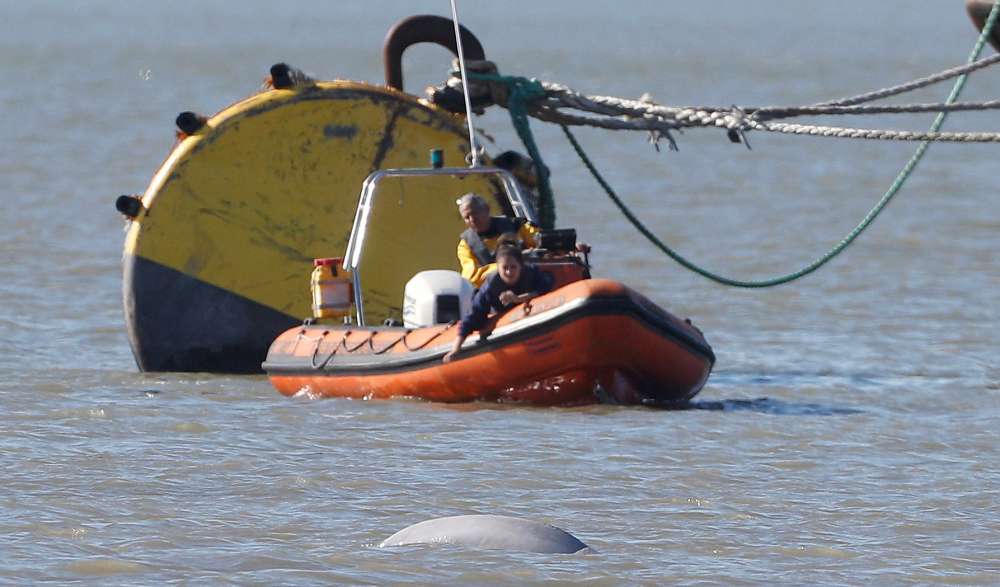 A beluga whale that was first spotted nearly three months ago in the River Thames is still feeding healthily east of the British capital and facing a lone Christmas hundreds of miles from its normal Arctic habitat.

The white cetacean, which feeds on fish, squid and crabs, was first spotted in September and surfaced near Gravesend, Kent on the southern side of the estuary.

The last spotting of the whale, dubbed Benny the Beluga by the British media, was on Dec. 12 east of Gravesend, said a spokesman for the Port of London Authority which oversees the river.

“The whale pops up, and I am not exaggerating, for literally three to four seconds and then he disappears for 10 or 15 minutes and he moves in a wide, dark river, so you see how hard it is to track his precise location,” the spokesman said.

“This whale in its natural environment in the Arctic is a diverse feeder – so it is not a fussy eater,” the spokesman said. “The Thames is much cleaner now so there are more fish stocks.”

The beluga appears to be healthy, he added.

The last sighting of beluga whales in UK waters was in 2015 when they were spotted off northeastern England near the Northumberland coastline, but they left shortly afterwards.

Belugas, which can grow up to 5.5 metres (18 feet) long, spend most of their time off the coasts of Alaska, Canada and Russia, though they often travel great distances in search of food.