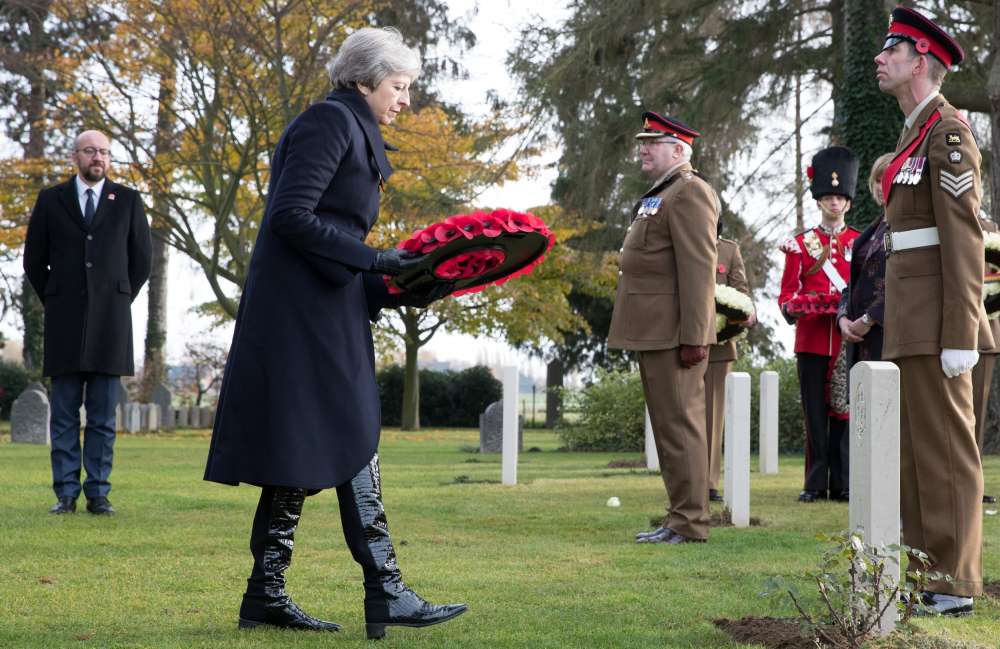 Two Belgian police motorcyclists were hurt on Friday when a motorist disrupted a convoy carrying British Prime Minister Theresa May and her Belgian counterpart, an official said.

There was no question of it being an attack, Belgian Prime Minister Charles Michel’s spokesman told Reuters, after the incident following a wreath-laying ceremony at a British cemetery to mark Sunday’s centenary of the end of World War One.

“It was an inattentive driver,” the spokesman said.

The motorist began to overtake the speeding convoy on the motorway near Mons but then tried to pull into the convoy’s lane before reaching the front, causing the two escorts guarding the middle of the caravan of vehicles to lose control. As they toppled, their bikes nearly struck the car carrying Michel.

May, in a car travelling in the front of the motorcade, would not have seen the incident, the spokesman said. No one other than police officers was hurt.

While May travelled on toward her next memorial engagement, in France, Michel stopped the remainder of the convoy and waited while medical crews arrived to treat the injured motorcyclists.