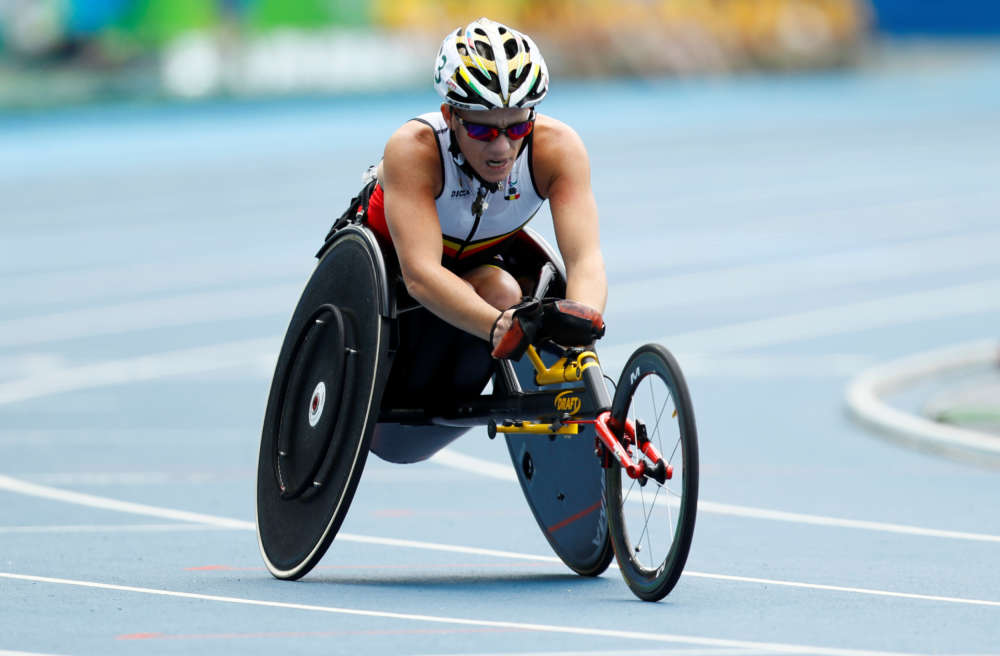 Belgian Paralympian Marieke Vervoort died by euthanasia on Tuesday aged 40 after a battle with an incurable and degenerative spinal condition which she described after winning her medals as becoming harder and harder to bear.

Vervoort, who won Paralympic gold in the 100 metres wheelchair race in the London Games in 2012, had signed euthanasia papers in 2008 in Belgium, where it is legal, and died in accordance with her wishes late on Tuesday.

Vervoort, who also won silver medals in London and at Rio in 2016, was diagnosed with the painful condition as a teenager and retired from competition after the Rio Games. She advocated dialogue on assisted dying in countries around the world.

Speaking in Rio in 2016, she said “This is my last Paralympic Games. I have a progressive disease and I signed my euthanasia papers already, in 2008, because it’s really, really hard to handle, and to suffer with this disease.”

Having the papers that would permit her to choose euthanasia gave her peace of mind, she said, adding: “I hope euthanasia is also something for every country that it means – not murder – that it means giving a feeling of rest to people.”

Vervoort told reporters at the Rio Paralympics that, without the papers she would probably have already committed suicide because “it’s very hard to live with so much pain and suffering and this unsureness.”

She spoke candidly of the loss of her physical abilities and the ability to draw and the reduction of her eyesight. “What is the next thing coming? I am really scared. But those papers give me a lot of rest in my mind because I know when it’s enough for me, I have those papers.”

But she added, “I am still alive and still going to enjoy every little, little moment of my life.”

“Marieke ‘Wielemie’ Vervoort was an athlete of iron strength and a great lady. Her death affects us deeply,” Belgium’s royal family said on Twitter, using her nickname ‘Wielemie’, a reference to the wheels of her wheelchair.

The town of Diest in northern Belgium, where Vervoort was born, set up a book of condolence and carried a long message on its website.

“Despite her physical limitations she had a impressive sporting career,” the town said. “Marieke chose euthanasia a few years ago and followed through on her choice on Tuesday evening.”

Local poet Kristien Nys also penned some lines to the “silver-plated, gold-plated” Vervoort with an iron will and “angelic patience”. Vervoort’s smile would no longer be seen.

“But your pain is also gone, you have done your last lap, you have waited long enough, your big battle has been fought.”