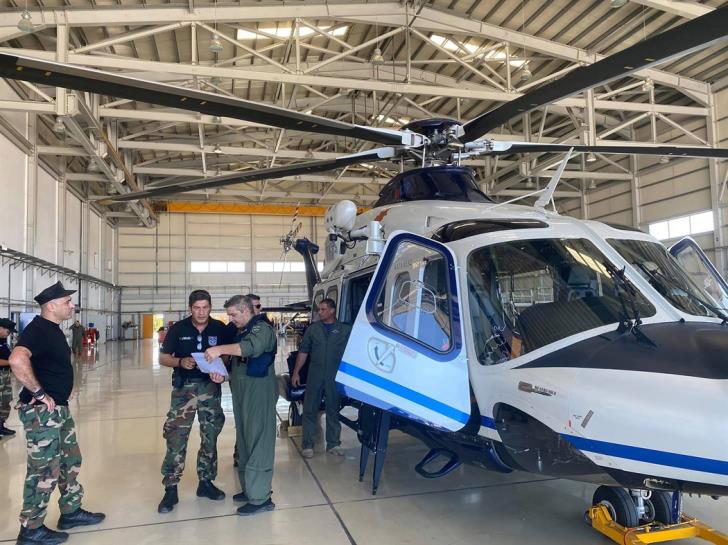 Cyprus rescue teams are already in Beirut awaiting the green light to begin ground operations to locate missing persons following the catastrophic blast in Lebanon’s capital on Tuesday which killed at least 130 people and injured thousands.

Cyprus sent two Police helicopters on Tuesday to assist in the search and rescue efforts for survivors.

The teams of the Special Disaster Unit (EMAK) and the Emergency Response Unit consist of the pilots, two sergeants and eight trained dogs.

The five team members were temporarily benched upon arrival pending their tests for corona virus coming back negative in order to join in the search for the injured and the missing, Police Spokesperson Christos Andreou told CNA.

Speaking to CNA, Fire Department spokesman Andreas Kettis said that the head of the unit visited the area of the blast and assessed the situation. He added that all the rescue units that are in Beirut right now have been briefed by the Lebanese authorities on the situation and the emergencies and were given orders as to where they should operate.

Kettis described the situation as devastating and said that the Fire Department stands ready to send more help if needed. The Cyprus Civil Defence also expressed readiness to assist.

By In Cyprus
Previous articleMoody’s: Bank of Cyprus’ sale of nonperforming exposures credit positive, asset quality remains a challenge
Next articleCypriot citizens to return home from Lebanon on a charter flight on Thursday evening