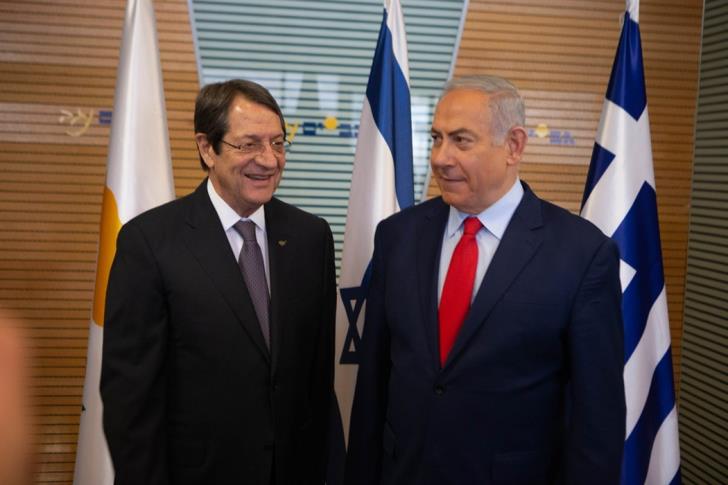 A Joint Declaration adopted on Thursday after the Cyprus-Greece-Israel Trilateral Summit, in Beer Sheva, expresses full support to the resumption of settlement talks in Cyprus.

“We express our full support to the ongoing efforts for the resumption of the negotiation process, under the Good Office Mission of the UN Secretary General, for a just, comprehensive and viable settlement of the Cyprus problem, in line with International and EU Law, the fundamental principles of the UN Charter, and the relevant UN Security Council Resolutions” it is noted.

Greek Premier Alexis Tsipras and Israel’s Prime Minister Benjamin Netanyahu also commend the efforts of President Nicos Anastasiades and the Government of the Republic of Cyprus to reach a solution that will reunify the island and safeguard Cyprus’s independence, sovereignty and territorial integrity, without guarantees from third countries or the presence of foreign troops in Cyprus.

“We underline that a comprehensive settlement would not only benefit the people of Cyprus, but also significantly contribute to the peace and stability of the region” it is added.

Moreover, they reiterate their full support and solidarity with the Republic of Cyprus in exercising its sovereign rights in its Exclusive Economic Zone.

“We express strong opposition to any attempt to violate these rights in a manner that will endanger the stability of the Eastern Mediterranean and the Aegean Sea, violate international law, or contradict good neighborly relations” they say and welcome the meeting of Energy Ministers, held Thursday in the margins of the 5th trilateral summit.