Beach in Barcelona evacuated after explosive device found in water 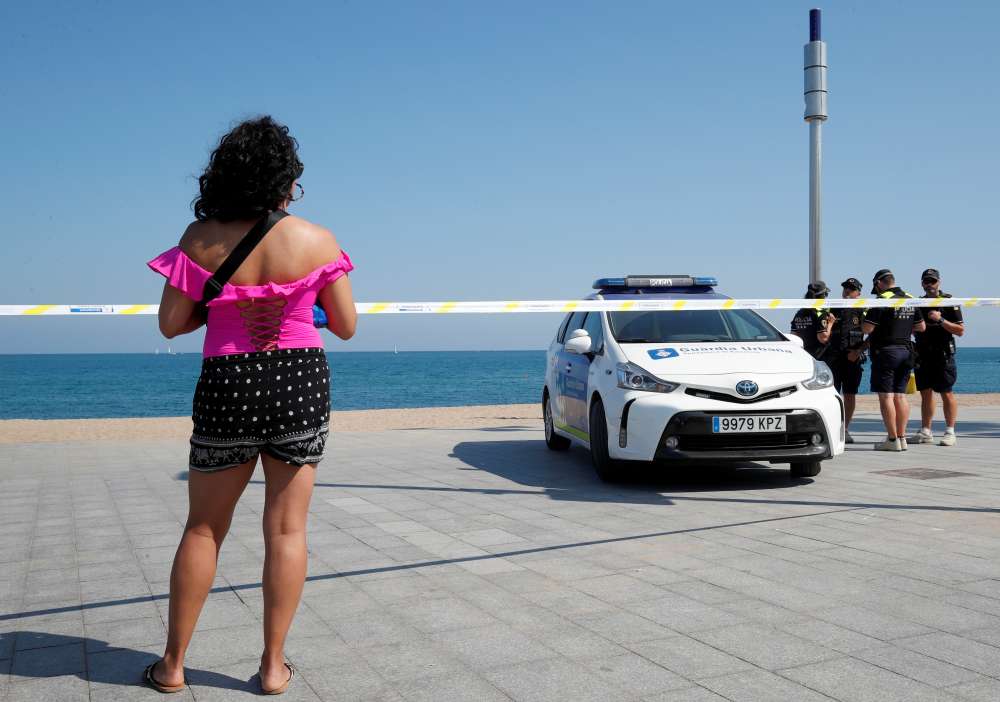 A beach in Barcelona was evacuated on Sunday after police found an explosive device in the water that appeared to be old, possibly dating back some 80 years to the Spanish Civil War, a Civil Guard spokeswoman said.

Police established a security perimeter of 250 metres (800 feet) around the device off the Sant Sebastia beach, one of Barcelona’s most popular beaches.

Navy specialists will arrive on Monday to deactivate the device, which could date back to the 1936-1939 Civil War, the spokeswoman said, adding the closure would remain in place until the area is made safe.

The device, located at a depth of 3 metres (10 feet) and 25 metres (80 feet) from the shore, was found by an off-duty police diver who happened to be swimming in the area, she added.

By In Cyprus
Previous articleJohnson told Tusk: We leave EU on Oct. 31 whatever the circumstances
Next articleWoman reported missing in Paralimni area (photos)