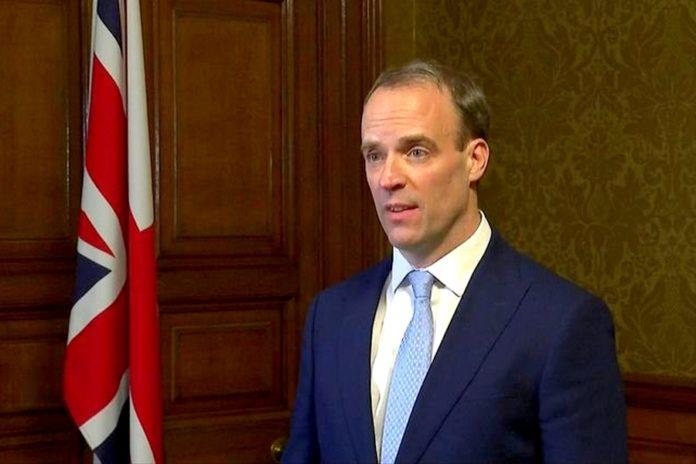 The UK has called the bizonal bicommunal federation ‘a wide enough framework for both sides to fulfill their respective goals’, following a BBC World Service Turkish website report that foreign secretary Dominic Raab submitted proposals at the informal 5+1 meeting on Cyprus earlier this week in Geneva, which lay outside the UN parameters and the accepted framework for the settlement of the Cyprus issue.

A relevant statement was made by a Foreign Office spokesman to the Cyprus News Agency following the Turkish website’s report which claimed that Raab presented a proposal on a decentralised federation and alternatively, a plan for the mutual recognition of both communities, with ‘North Cyprus’ becoming a member of the EU but without international recognition.

Late yesterday the report was amended to say that ‘a British diplomatic source notes that the basis for a solution of the Cyprus issue is defined by relevant Security Council resolutions as the internationally accepted bizonal bicommunal federation with political equality’.

It goes on to say that the British foreign secretary’s proposal on a decentralised federation was made with this settlement basis in mind.

The report further states that the UK had called on the two sides to be creative and flexible in Geneva, sending the message that various solutions could be tested within the existing settlement parameters.

It removes the reference to a proposal by Dominic Raab, with the report noting that it was ‘an idea’ based on the British intention to strengthen ties with the Turkish Cypriots and ‘loosen the embargo’.