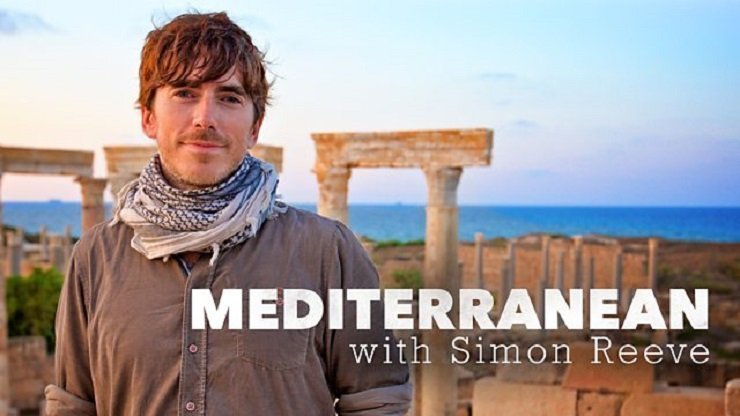 BBC Two series “Mediterranean” travelled to Cyprus for the second episode of season one that was aired Sunday October 14.

The episode starts with a heavy-dressed Simon Reeve – known for his travel documentaries that explore social issues of the places that he visits – walking in snow-covered Troodos.

“The Mediterranean is a place of such extremes. Most of us think of Cyprus as being a place of summer sun but there is a whole world of life up here, away from the beaches,” Reeve says.

He then goes on to watch how halloumi is made at a Greek Cypriot village while giving background to the Cyprus problem.

The rest of the episode finds him exploring both sides of the buffer zone in Nicosia and talking to an UNFICYP colonel, as well as Turkish Cypriot journalist Esra Aygin.

“What we don’t want is some sort of low level instant rapidly escalating  in something that gets out of control and that’s one of the reasons we’re here, to keep things under control, keep the status quo,” the colonel tells Reeve.

I think I was one of the very few not to watch #strictlycomedancing #scd last night. Much better programme on BBC2. #Mediterranean with @simon_reeve. Thank you for exploring a different side to my motherland Cyprus. Emotional and fascinating. https://t.co/RKffwwSTj9

Aygin talks about the social engineering that Turkey is conducting on the north part of the island and the differences between Turkish Cypriots and the people who came from mainland Turkey.

“The people who came to Cyprus from Turkey were from the rural conservative areas of Turkey who came here looking for a better life, so you got that cultural clash right from the beginning. The feeling is like they’re pushing Turkishness on us. When you push it in my face, then the reaction you get is the exact opposite,” Aygin says.

In an interview to the Irish Examiner, Reeve said that he was shocked by the Cyprus division.

“Cyprus was such a good example of why the Mediterranean is so interesting. You’ve got an island that is divided by an enormous ramshackle buffer zone, separating conflicted communities and this is within Europe!

“As a continent, sometimes we have the cheek to try and tell other parts of the world that they’ve got to behave in a certain way… Nicosia is still divided, for goodness’ sake. And it’s divided in such an extraordinary way, with oil drums and barbed wire and checkpoints. It feels like a throwback to a completely distant past. We’ve got to resolve these conflicts and it stuns me that the European Union, the most powerful economic bloc in the world, hasn’t managed to help the communities involved to resolve that crisis. It’s astonishing.”

#Mediterranean @simon_reeve is on an island with a hard border, barbed wire & patrols. Here’s a guy with GARDA on his jacket. This must be a peek at post-Brexit Ireland!
Actually Cyprus

The episode concludes in the Gaza Strip.

The next episode will be aired on Sunday October 21.