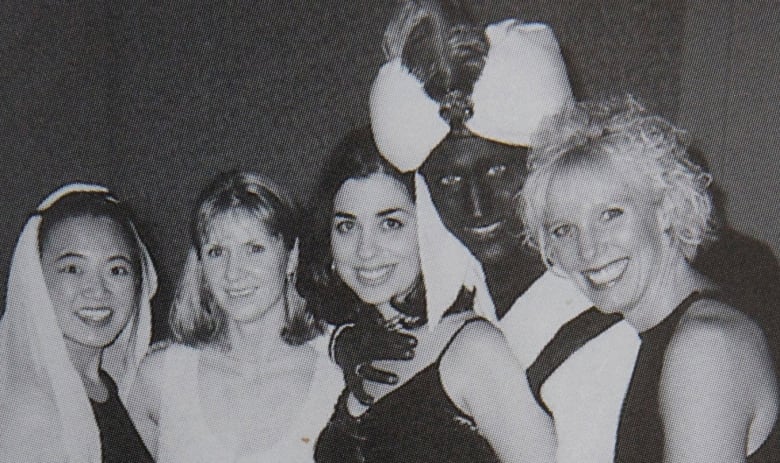 Canadian Prime Minister Justin Trudeau got his first day out of the spotlight on Saturday after being hammered for images showing him in blackface, which have threatened to derail his re-election campaign. Trudeau, 47, was in eastern Canada when pictures first emerged on Wednesday showing him in brown makeup at a 2001 “Arabian Nights” party when he was a 29-year-old teacher. He held a hasty press conference on his plane and apologized, ashen-faced, before travelling to other western cities where the scandal dominated questions.

The revelations were followed by two days of uproar, international ridicule and attacks by the Canadian opposition who called him a hypocrite and demanded he resign. Trudeau apologized repeatedly and begged Canadians for forgiveness, but said he will not step down.

Arriving in Toronto on Friday, home to key ethnic ridings that he needs to win, Trudeau attempted to pivot back to policy issues with an assault rifle ban. “Hi Mr. Blackface! Nice to meet you,” one woman said to the prime minister as he strolled in Toronto’s Greektown neighbourhood.

Canadian public reaction to the images has been mixed and it is too early to say whether the scandal will radically shift votes ahead of an Oct. 21 election.

The Liberals have lost a little ground to rival Conservatives, according to the first surveys conducted after the blackface images emerged and published on Saturday. In recent months, the parties have mostly been locked in a statistical tie.

“He wasn’t a KKK sympathizer. It’s not like we discovered youthful anti-Semitic writings,” said Yves Boisvert, a columnist with French-language newspaper La Presse. The story was generally given less prominence by the Quebec media judging by front pages and home pages. Many Canadians said they were disappointed but not surprised by the images.

“It is demeaning. The colour of our skin is not a costume prop,” said Samya Hasan, executive director for the Toronto-based Council for Agencies Serving South Asians, adding she was unsurprised because despite Trudeau’s reputation as a vocal progressive, he is still “a privileged white person.”

Trudeau, whose father was the architect of Canada’s multiculturalism system, acknowledged that growing up as the white son of a former prime minister left him with “a massive blind spot.”

Pollster David Coletto of Abacus Data said the biggest risk to the Liberals was low voter turnout among their supporters.

“They were already, in our data, showing that they were less motivated than Conservatives … there is certainly the chance that this further de-motivates those Liberals and makes them less likely to want to actually cast a ballot,” he said.

Trudeau returned to Ottawa on Friday and goes back on the campaign trail on Sunday afternoon. “The down day gives the party, his campaign team and of course himself, the capacity and time to think about what’s gone on and think about … to what degree they can regain control of their campaign,” said Allan Tupper, a University of British Columbia political science professor.

Several Liberal cabinet members came out in support of Trudeau including Harjit Sajjan, Canada’s first Sikh defence minister, who said the photos “do not represent the person he is now.” Foreign Minister Chrystia Freeland, one of the most prominent members of the Liberal cabinet, said she was “troubled and disappointed” but that she accepted Trudeau’s apology and had full confidence in him as party leader.

Trudeau introduced a gender-balanced cabinet when he took office in 2015 and appointed several minorities to top cabinet positions, including the defence, immigration and natural resources portfolios.

U.S. President Donald Trump, who has clashed with Trudeau in the past, said he was “surprised by the number of times” Trudeau had dressed in blackface, while late night comedians excoriated the prime minister.

Famously declaring that “Canada is back” when he was elected, Trudeau won international plaudits for his focus on feminism, the environment and the need for multilateral organizations.

Foreign diplomats have said his stance was important at a time when populism is on the rise and the United States seems intent on shrinking its global ambitions. Canada is bidding for a seat on the United Nations Security Council in 2021.

“It’s embarrassing,” Ladonna James, a Toronto resident, said of the images. “It’s a real blow to the Canadian brand.”

Forty Covid-19 patients are currently being treated at Famagusta General Hospital, which is the referral hospital for coronavirus, while at least four are due...
Read more
Stay Home

Kiss 89.0 supports the #StayHome campaign in a special way! Kiss 89.0 calls on its listeners to #StayHome during the lockdown period and enter a...
Read more
Local

Thirty Cypriots who were stranded in Thailand amid the Covid-19 pandemic have been repatriated, Transport Minister Yiannis Karousos said on Friday. Among them is an...
Read more
Local

British troops deployed in UNFICYP are taking a number of measures to stop the potential spread of coronavirus, Forces News reports. Soldiers from 27 Regiment...
Read more

Alphabet Inc's Google on Thursday published reports for 131 countries showing whether visits to shops, parks and workplaces dropped in March, when many governments...
Read more
World

The U.S. Navy on Thursday relieved the commander of the aircraft carrier Theodore Roosevelt, who wrote a scathing letter that leaked to the public...
Read more
World

Global coronavirus cases surpassed 1 million on Thursday as the pandemic explodes in the United States and the death toll continues to climb in...
Read more