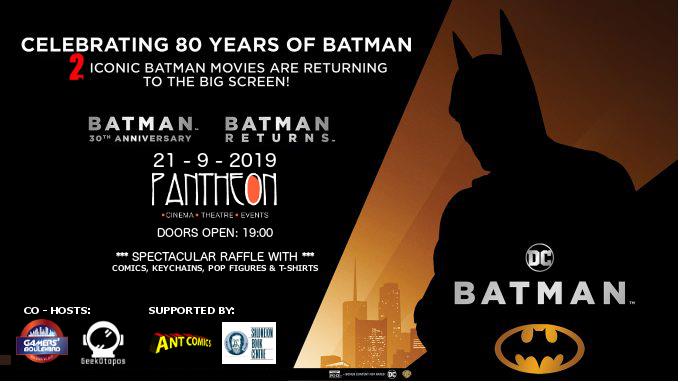 The event is also kindly supported also by Ant Comics and Soloneion Book Center. The pre-sales of the screening are now on, with one €10 ticket price for both movies. Viewers will also have the chance to win various Batman merchandise by the event’s supporting stores, such as comic books, keychains, pop figures and t-shirts!

During the day make sure to also visit Ant Comics in Faneromeni for their own in store Batman celebrations!