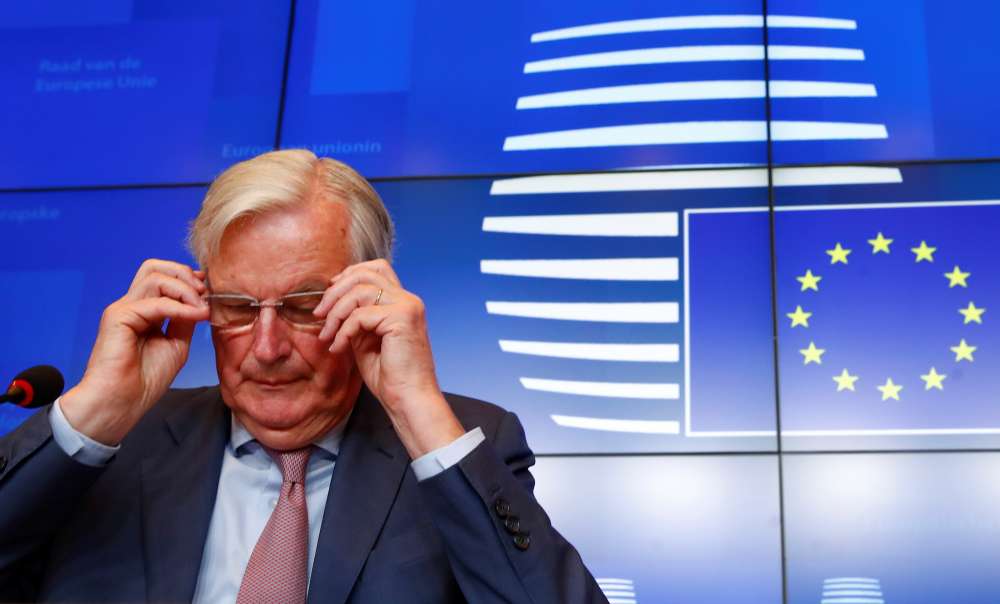 The European Union hopes cross-party talks in London will yield a majority in the House of Commons for the stalled Brexit deal and is willing to grant more time to achieve that, the EU’s chief negotiator Michel Barnier said.

On the eve of an EU summit of national leaders due to decide whether to grant Britain another Brexit delay, Barnier stressed that the length of any second postponement beyond the current date of April 12 would depend on the rationale presented by Prime Minister Theresa May.

“The duration of an extension – it has got to be in line with the purpose of any such extension,” Barnier told a news conference on Tuesday.

“Any extension should serve a purpose. The length should be proportional to the objective. Our objective is an orderly withdrawal. ‘No-deal’ will never by the EU’s decision. In order to avoid ‘no-deal’, the UK needs to agree to a deal,” Barnier said.

He spoke after briefing EU ministers on Brexit. While the EU has already rejected a demand from May for a postponement until June 30, the bloc is not willing to go for the most damaging, abrupt split on Friday.

The ministers discussed the bloc’s conditions for any long delay, which include Britain holding European Parliament elections in May and committing to “sincere cooperation”, or not undermining the EU’s important reforms and institutions should it stay a member for longer.

“The withdrawal agreement is not open for renegotiation,” Barnier said, adding the EU would be ready to update the accompanying draft declaration on future EU-UK ties, should May’s talks with the opposition Labour party move towards a customs union.

“Our expectations and our hope is that this dialogue will conclude with a positive result, which will allow us at last to have a positive majority emerge with regard to this withdrawal agreement,” Barnier said.

EU envoys will hold a last preparatory meeting ahead of the Wednesday leaders’ summit in Brussels at 1800 GMT on Tuesday.

By In Cyprus
Previous articleMore than 2,000 pupils to participate in Nicosia’s choir parade on Saturday
Next articleMay dashes to Berlin and Paris to plot way out of Brexit impasse