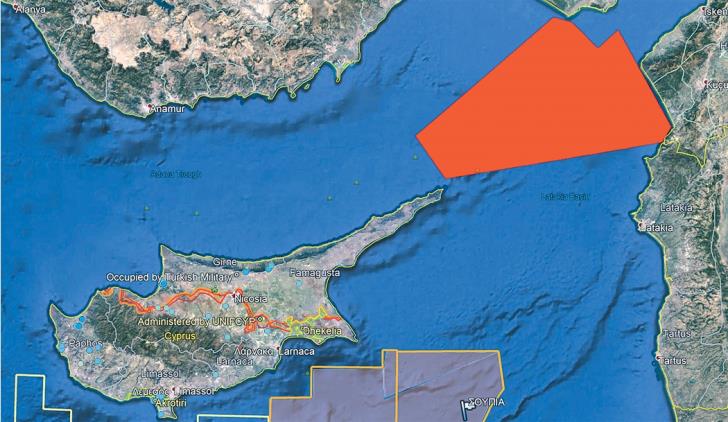 Turkey issued yesterday a new Navtex for the period from April 9th to the end of the month for seismographic research to be conducted by ‘Barbaros’ in maritime areas within the territory of the Republic of Cyprus.

The area (presented in red on the map) stretches from 4 nautical miles North of the Cape of Apostolos Andreas to the coasts of the Turkey-Syria border. The illegal issue of the Navtex is based on Turkish claims over the extent of the Exclusive Economic Zone of the Republic of Cyprus.

Within the previous two months the seismographic research vessel ‘Barbaros’ conducted research in the area stretching from the Northern coasts of the Karpaz peninsula to the Turkish coast. Barbaros will be accompanied by vessels M/V TANUX-1 and R/V APOLLO MOON.