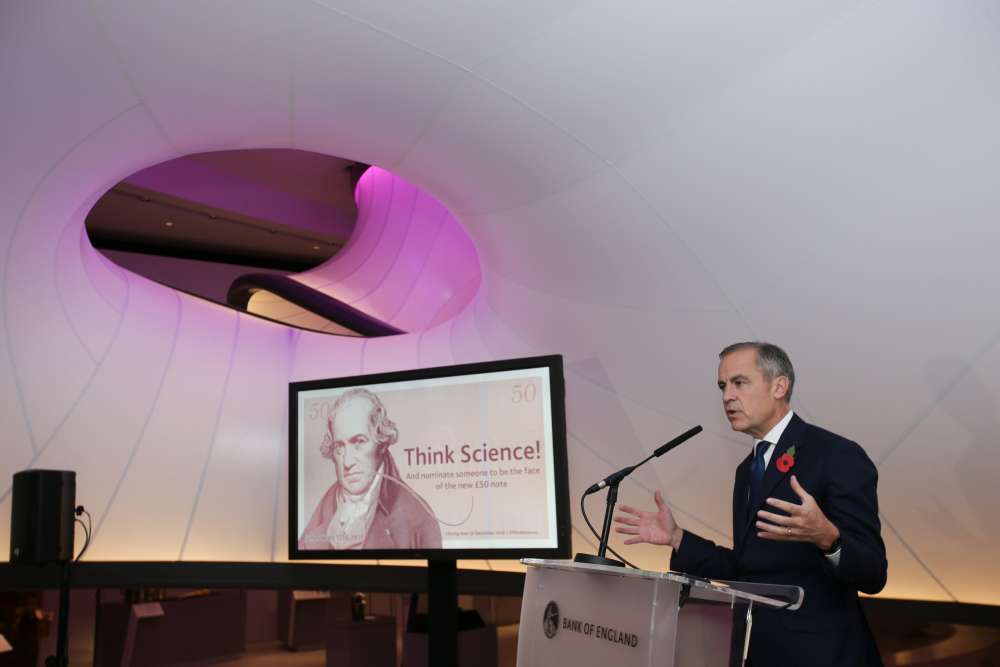 A scientist or mathematician will feature on Britain’s next 50 pound banknote, Bank of England Governor Mark Carney said on Friday, inviting the public to make their suggestions over the next six weeks.

The 50 pound note is Britain’s highest-denomination banknote in general circulation and is rarely used in day-to-day transactions by Britons, who prefer credit and debit cards for higher-value purchases.

The existing banknote features engineer James Watt and his business partner Matthew Boulton, who developed and marketed the steam engine in the late 18th century.

“I am delighted that the new 50 pound (note) will celebrate the UK’s contribution to science. There is a wealth of individuals whose work has shaped how we think about the world,” Carney said at an event at London’s Science Museum to launch the public consultation on who will feature on the banknote.

Under Carney, the BoE has introduced plastic or ‘polymer’ banknotes which were common in his native Canada. The first British polymer banknote, featuring World War Two leader Winston Churchill on the five pound note, entered circulation in September 2016.

Britain’s government said last month that the new 50 pound note would also be a polymer design, which is more durable and harder to counterfeit than paper money.

There are currently 330 million 50 pound notes in circulation with a combined value of 16.5 billion pounds ($21.5 billion).

The announcement that Churchill would feature on the five pound note, replacing 19th century social reformer Elizabeth Fry, raised the prospect that Queen Elizabeth would be the only woman featured on British banknotes.

The BoE subsequently said that the 19th century novelist Jane Austen would appear on the new plastic 10 pound note which it launched last year.

Some vegetarian and religious groups have objected to the polymer notes because trace amounts of animal fat are used in their production.

Scientists who have previously featured on British banknotes include physicist Isaac Newton and naturalist Charles Darwin.

Britons can submit suggestions for who should succeed them via the BoE’s website until Dec. 14. BoE officials, assisted by four scientists, will then decide a shortlist and Carney will announce the successful design next year.