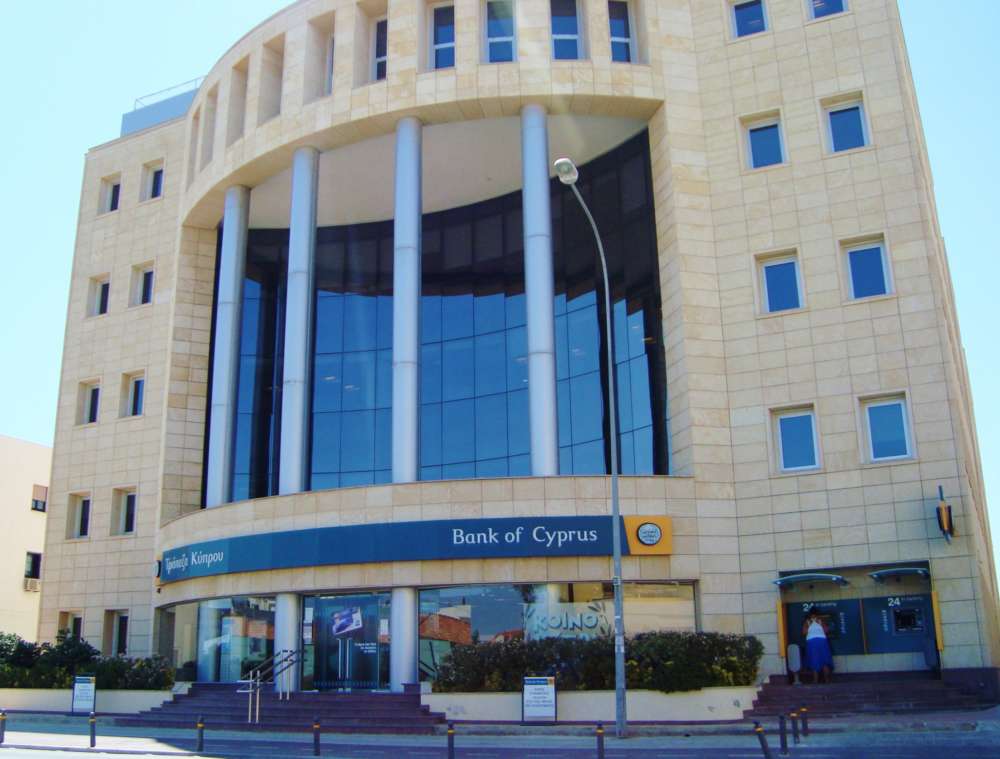 Bank of Cyprus will close another 11 branches by the end of the year, bringing the total closed this year to 26, Phileleftheros reported on Wednesday. But it is increasing the number of cash offices from 9 at the end of December 2018 to 13 at the end of 2019.

Announcing its  nine-month results yesterday, BoC gave a brief overview of how its branch network is being formed to date.

“BoC continues its branch footprint rationalisation as it expects to reduce the number of branches by a further 8% by the year end, further improving its operating model and remains focused on further improvement in efficiency,” it said.

Compared to the end of 2013,  the rationalisation represents a 57% reductions in the number of branches, Phileleftheros said.

Back in 2013, there were 230 branches offering services to clients, and by the end of 2019 the number will decrease to 99 of which 86  are regular branches with staff and 13 are cash offices with ATMs only.

BoC customers are officially notified in writing about the closure of their branch and informed about their new branch.

For example, as a part of the reorganisation of the BoC branch network, the Ayios Pavlos branch in Nicosia will close on December 6 and as from December 9, customers will have to apply to the branch located at Kyriakou Matsi Avenue in Ayios Dometios.

The shrinkage of the network comes as a result of the digital transformation of the Bank of Cyprus as well as the voluntary retirement plan with the participation of  470 employees (including six people involved in the Helix transaction).

In October, BoC completed a voluntary staff exit plan through which c.470 applicants were approved to leave at a total one-off cost of c.€79 mn to be recorded in the fourth quarter, reducing the number of employees by c.11%, whilst gross annual savings are estimated at c.€28 mn or c.13% of staff costs.

In addition, BoC continues its branch footprint rationalisation as it expects to reduce the number of branches by a further 8% by the year-end, further improving its operating model and remains focused on further improvement in efficiency, he added.

These actions have been supported by an on-going Digital Transformation Programme. The adoption of digital products and services continues to grow and gain momentum. Today, 75% of transactions involving deposits, cash withdrawals and transfers, are performed through digital channels, whilst the number of active users of mobile banking has increased by 54% since June 2017.

This annual gross savings does not include any impact from the renewal of the 2019 collective agreement, which is still under negotiation. develops and gains momentum. Today, it notes, “75% of transactions involving deposits, cash withdrawals and transfers take place via digital channels and the number of active users of mobile banking has increased by 54% since June 2017”.

Regarding Digital Transformation Program, BoC focuses on three strategic pillars: the development of digital services and products that improve the customer experience, improvement of internal processes and introduction of the new operational methods to improve the working environment.

It is noted that in 2020 there will be changes in the working environment with the introduction of new technologies and tools that will significantly change the employees’ experience, improving collaboration and knowledge sharing throughout the organization.