Bangkok bombings may be linked to politics, says police 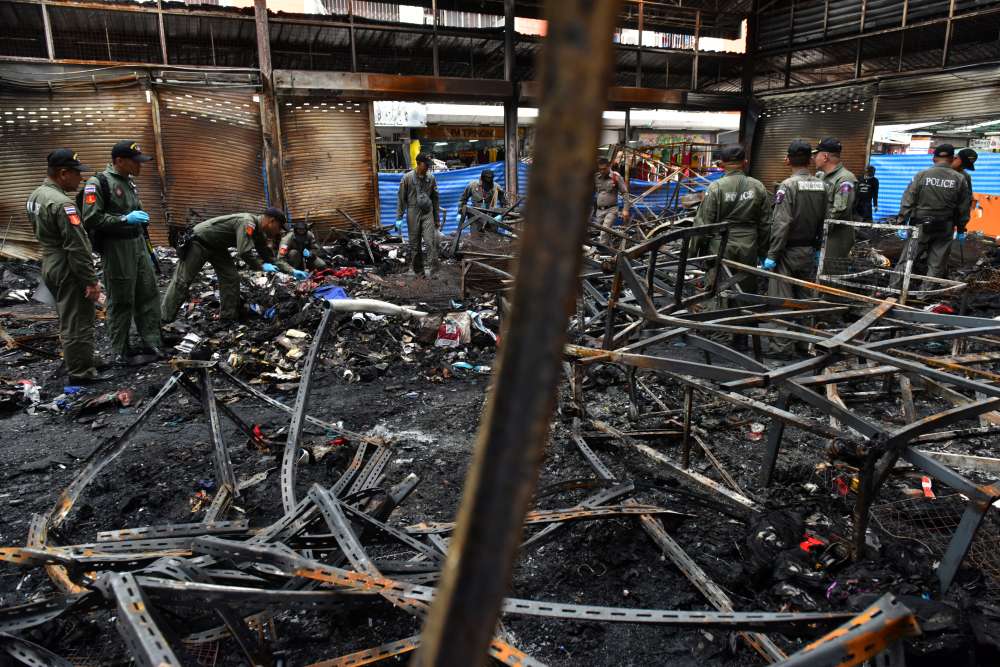 A series of bombings in the Thai capital Bangkok last week may be linked to politics, police said on Thursday as authorities hunted for more than a dozen suspects in connection with the attacks.

Six small bombs and six incendiary devices went off last Friday as the city hosted a meeting of Southeast Asian foreign ministers that was also attended by diplomats from the United States, China and other world powers.

The blasts wounded four people and police initially suspected the attacks were linked to an insurgency in Thailand’s Muslim-dominated south that has killed more than 7,000 people since 2004.

Two suspects detained on Friday are from Narathiwat province in the restive region. They are among 15 suspects in the attacks but not all of them have ties to the south and some have fled the country, police said.

“I believe that this is linked to political issues,” Police Chief Chaktip Chaijinda said in the first police news conference since Friday’s attacks.

He did not elaborate, but said “80-90% of previous bomb cases are linked to politics, and we really want to know who is behind it this time”.

Thailand held a bitterly fought general election in March five years after the military seized power in a coup.

Former army chief General Prayuth Chan-ocha was elected prime minister thanks to votes in the upper house, the Senate, which was entirely appointed by the military junta Prayuth had led since 2104.

The two men are accused of planting two bombs, which authorities said were fake, in front of police headquarters in Bangkok a day before the coordinated blasts.

By In Cyprus
Previous articleMoody’s expects deleveraging to resume but warns over small economy and high level of debt
Next articleNo indication yet about the portfolio allocation in next European Commission, Stella Kyriakides tells CNA