Bahçeli: “We do not forget that the Mediterranean used to be a Turkish lake” 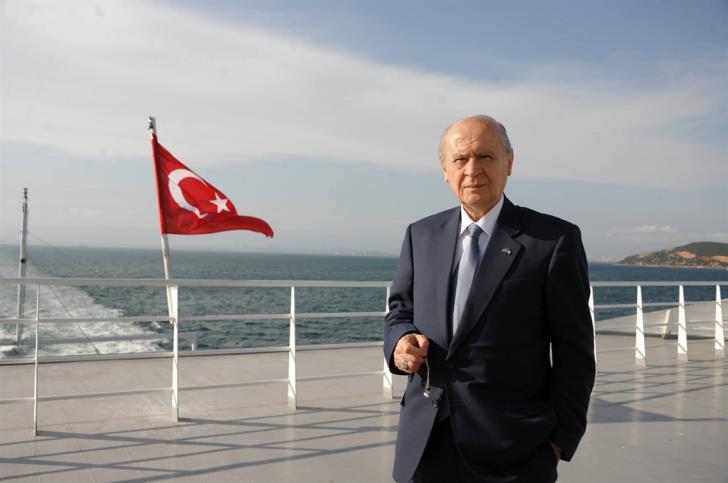 President of the Nationalist Action Party (DEP), Devlet Bahceli, said that the Mediterranean used to be a Turkish lake, while speaking at a party conference,

“This is neither allowed by history nor by the Turkish people. Threats and challenges can not overshadow our legitimate rights. The Mediterranean was once a Turkish lake. We do not forget that. Our patience is not our weakness,” Bahceli said.

“Developments in the Eastern Mediterranean are testing our limits and patience. Alliances that ignore the rights of Turkish-Cypriot Republic of North Cyprus and Turkey should be well aware that they will pay a heavy price,” he added while threatening that “the Turkish people have the power and the will to melt the pirates’ heads.”