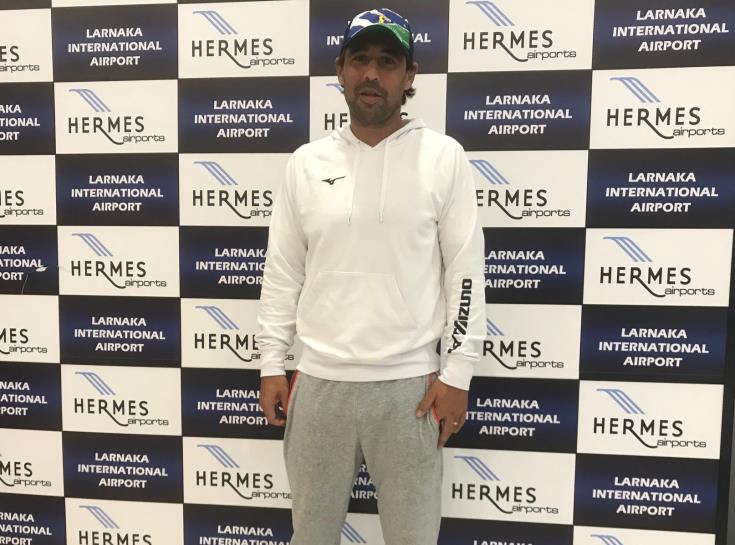 Tennis player Marcos Baghdatis who  recently retired from his professional career, playing his last match last wek in Wimbledon, said he is proud and satisfied because throughout his course in the sport he was able to give the chance to young kids to believe in themselves.

The 34 year old Cyprus national, returned to Cyprus last night. Many fans, his family and friends were at the airport to welcome him. He said that his course in the sport was fantastic for him, his family and his friends adding that “we all had big dreams but never expected all these to happen.”

He said he is proud because he managed to reach this level after having satisfied a lot. Marcos said that he left Cyprus at the age of 14 and now, 20 years later, he is back home and he wants to thank everyone who made him become a better athlete and a better human being.

Baghdatis expressed his hope that Greek athletes Stefanos Tsitsipas and Maria Sakkaris will continue the tradition Greece and Cyprus managed to build in the sport and to continue giving young children the confidence that they can succeed in whatever they dream of doing.

Marcos won international fame in 2006 as he managed to be the runner-up at the Australian Open and a semifinalist at the Wimbledon Championships. He reached a career-high ATP singles ranking of world No. 8 in August 2006. Marcos owns a 21-13 record at the prestigious grass-court Grand Slam. He had a total of 14 appearances in the Wimbledon.