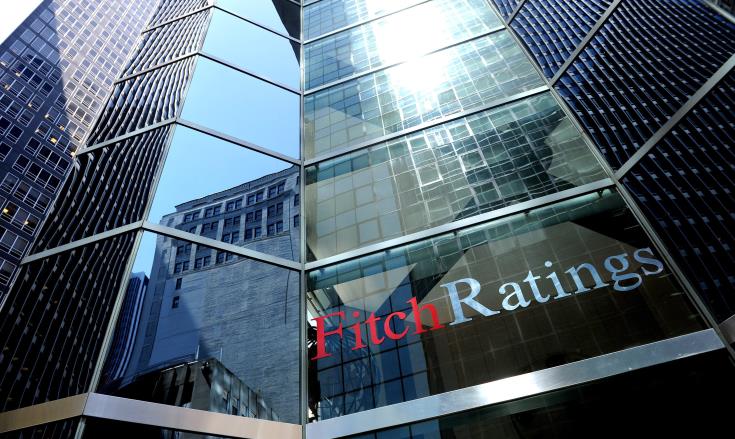 International ratings agency Fitch has said that the decline in Cypriot banks’ non-performing exposures “significantly reduces” contingent liabilities to the sovereign, adding however that the banking sector “remains weak” and that further reductions of bad loans would partly depend on the effective use of legal tools adopted in the previous year.

This, it noted, “is broadly consistent with our expectation at our most recent sovereign rating review in October 2018, when we upgraded Cyprus to `BBB-`/Stable.”

“The upgrade reflected a strong fiscal performance and favourable debt dynamics as well as declining contingent liabilities,” it explained.

The 3Q18 drop, the ratings agency said “was mainly driven by the transfer to Cyprus Asset Management Company (KEDIPES) of Cyprus Cooperative Bank`s (CCB) €5.7 billion NPEs portfolio, as well as sales of loans, reclassification of restructured loans as performing, debt-to-asset swaps, write-offs and loan repayments, according to the central bank.”

The NPE ratio, it added, “previously declined from 44% at end-2017 (one of the highest among Fitch-rated sovereigns) due to the securitisation of €2.7billion gross NPEs by Bank of Cyprus – the country`s first large-scale NPE securitisation.”

“Improving the overall health of banks by lowering NPEs reduces contingent liabilities stemming from the sector,” it pointed out.

According to the ratings agency “some costs to the sovereign have already been realised – for example when €3.19 billion of government bonds were placed into CCB to facilitate the sale of performing assets to Hellenic Bank (HB), causing a one-off increase in debt-to-GDP last year.

It further noted that “additional fiscal costs could arise from the government-guaranteed Asset Protection Scheme covering unexpected losses on €2.6 billion of the assets acquired by HB.” An independent assessment, it says, has estimated that actual losses could amount to €155 million.

At the same time, Fitch pointed out that Cyprus`s banking sector is “still burdened by a high stock of problem assets (average NPL ratios in EU members are around 4%), weighing on banks` profitability and internal capital generation as well as on capital at risk from unreserved NPEs.”

“Further clean-ups would free up capital to support new lending,” it added.

The ratings agency estimated that “a supportive economic environment along with increased institutional investor appetite for Cypriot distressed assets could encourage more securitisations.”

“Measures introduced in July 2018, in particular a more efficient foreclosure framework, could also help sustain momentum in the decline of NPEs, although its effectiveness is still not fully tested,” it said.

In a comment on private sector debt, it noted that “although it is declining fast” it is “another drag on the economy and a constraint on credit growth.”. In the third quarter of 2018private-sector debt stood at 215% of GDP, excluding special purpose entities, of which slightly more than half was corporate debt.  “The macroeconomic backdrop should bolster further private sector deleveraging as well as NPE resolution,” Fitch said. It added that “a dynamic labour market, a pick-up in residential property prices, wage increases, and the ESTIA scheme may foster repayments.”

At the same time, it acknowledged that “prudent fiscal policy has created some headroom to absorb additional banking sector-related costs, such as ESTIA-related subsidies, should they arise.”