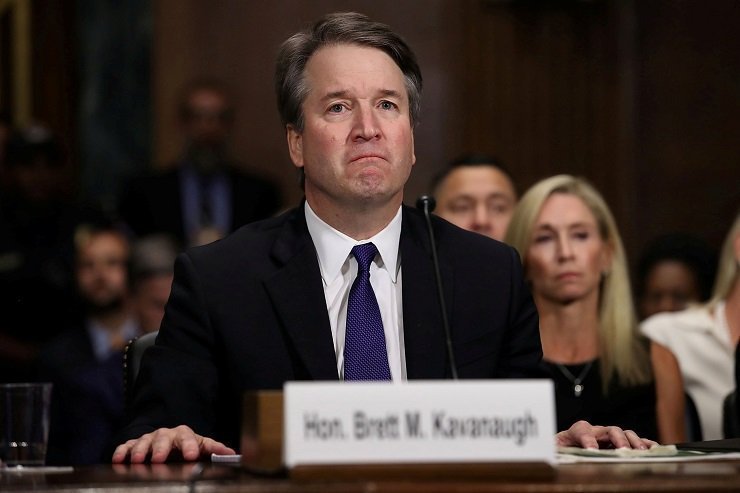 President Donald Trump’s nominee, Brett Kavanaugh, looked headed for a lifetime job on the U.S. Supreme Court on Friday after two crucial senators said that sexual misconduct accusations against the judge would not prevent them from voting to confirm him.

If Kavanaugh is approved in a final Senate vote, likely on Saturday, Trump will have achieved a victory in his drive to consolidate conservative dominance of the nation’s highest court and move the American judiciary to the right.

Two key senators, Republican Susan Collins and Democrat Joe Manchin, both seen as swing votes, said they would support Kavanaugh, after weeks of debate about sexual violence and the nominee’s temperament that gripped the nation.

Kavanaugh’s confirmation would give conservatives a solid 5-4 majority in future legal battles on contentious issues such as abortion rights, immigration, industry regulation, presidential powers, and gay and transgender rights.

A sharply partisan battle over the nomination became an intense personal and political drama when university professor Christine Blasey Ford accused Kavanaugh of sexually assaulting her when they were high school students in Maryland in 1982.

Collins, in remarks on the Senate floor explaining her decision to back Kavanaugh, said Ford’s accusations against him “fail to meet the more-likely-than-not standard.”

As protesters in a Capitol Hill hallway shouted, “Shame! Shame! Shame!” Manchin told reporters an FBI investigation, which did not find corroborating evidence of Ford’s accusations, was thorough.

Two other women also made accusations of sexual misconduct by Kavanaugh in the 1980s. He denied those accusations, as well as Ford’s, in angry testimony to a Senate committee.

The only Republican to vote against Kavanaugh, Senator Lisa Murkowski, said in a speech on the Senate floor on Friday night that her decision was “agonizing” but after watching Kavanaugh’s Senate testimony she “could not conclude that he is the right person for the court at this time.”

About 100 demonstrators were arrested on Friday in Senate office buildings, the Capitol Building, and outside the Supreme Court, the U.S. Capitol Police said in a statement. More than 300 were arrested on Thursday.

Republicans hold a 51-49 majority in the U.S. Senate, and with the two key senators choosing to vote in favor of Kavanaugh, the confirmation looked locked-in late on Friday.

Brian Fallon, executive director of Demand Justice, a group that opposes Trump’s judicial nominees, said Kavanaugh would join the court “with a cloud over his head.”

“He will be an illegitimate justice, and his confirmation will mark a point of no return for the Supreme Court’s reputation as the one, apolitical branch of government,” Fallon said.

In theory, Kavanaugh could be confirmed, sworn in and sitting on the mahogany bench in the traditional black justice’s robe by Tuesday, when the court is next in session. White House officials have said Kavanaugh would be sworn in swiftly.

The Kavanaugh fight has riveted Americans just weeks before Nov. 6 elections in which Democrats are trying to take control of the U.S. Congress from the Republicans.

But Democrats say women angered at the Kavanaugh accusations will turn out in large numbers to vote out Republicans.

Trump, himself accused by numerous women during the 2016 presidential election of sexual misconduct, tweeted his approval of the Senate vote on Friday, saying, “Very proud of the U.S. Senate for voting ‘YES’ to advance the nomination of Judge Brett Kavanaugh!”

Senators had backed Kavanaugh, a federal appeals court judge, in a procedural vote earlier on Friday that moved the Republican-controlled Senate toward a definitive decision.

Trump has made appointing conservative judges a major plank of his presidency, and last year his nominee Neil Gorsuch was confirmed by the Senate.

Ford’s testimony to the Senate Judiciary Committee was broadcast live on television last Thursday and captured the attention of some 20 million people watching on broadcast and cable networks.

In an angry rebuttal later that day, Kavanaugh said the accusations were part of a “political hit” by Democrats.

His nomination became a flashpoint in the #MeToo social media movement against sexual harassment and assault. Trump mocked Ford on Tuesday during a political rally in Mississippi, further angering Democrats and women campaigning for an end to sexual violence.

The FBI sent Congress documents detailing additional interviews about Kavanaugh that the agency conducted at the request of some Republican and Democratic senators.

While the documents have not been made public, Republicans said they did not back up sexual assault allegations by Ford, a psychology professor at Palo Alto University in California.

Similarly, Republicans said the FBI found nobody to support assault claims by Deborah Ramirez, who was a classmate of Kavanaugh’s at Yale University in the 1980s.

Democrats called the FBI report a whitewash and said the White House placed constraints on the FBI, which did not speak to many potential witnesses.

Almost one third of the population in Cyprus are smokers who doubled their daily number of cigarettes during the first coronavirus-related lockdown in March. This...
Read more