Back me or sack me, protege of Germany’s Merkel tells her party 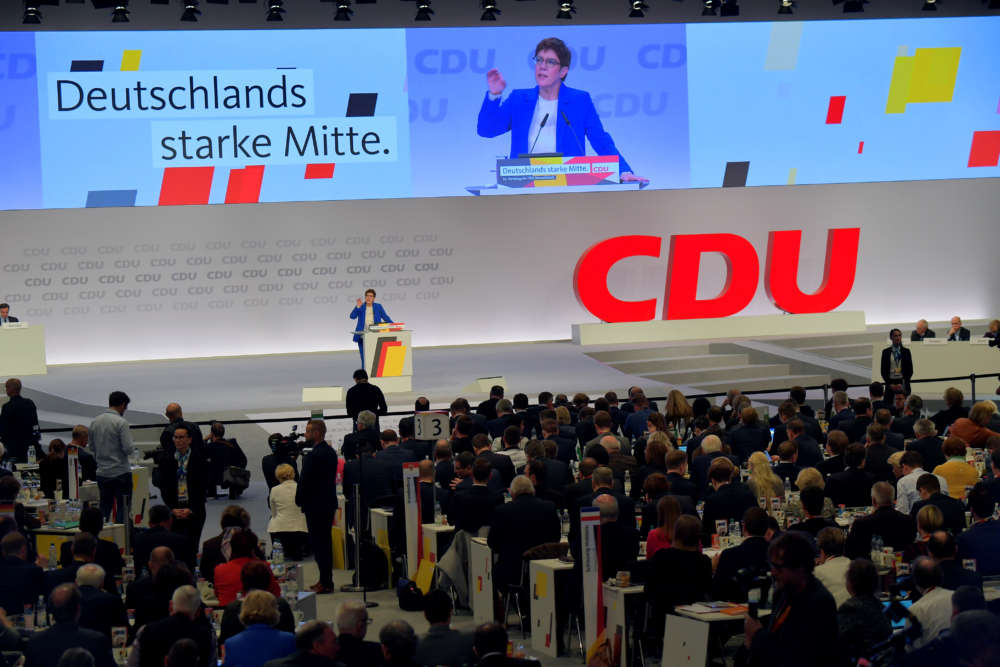 Chancellor Angela Merkel’s would-be successor, Annegret Kramp-Karrenbauer, urged delegates from her Christian Democratic Union (CDU) to back her vision for Germany at their party congress on Friday or else “let’s end it here and now”.

Kramp-Karrenbauer, 57, has made several gaffes since taking over as CDU leader last December that have dented her popularity and raised questions about her suitability to be the party’s candidate for chancellor when Merkel leaves office.

“But, dear friends, if you want this Germany, if you want to take this path together … then let’s roll up our sleeves here and now and make a start,” she added before delegates showed their support with a seven-minute standing ovation.

Meeting under the banner “Germany’s strong middle”, the CDU is aiming to reassert itself in the political centre ground, where the Greens have surged.

Merkel, in power since 2005, has said she will not seek re-election at the next national election, due in 2021, and the CDU is trying to boost its image and appeal to hold its position as the leading governing party after she goes.

On Kramp-Karrenbauer’s watch, the CDU suffered losses in a May election to the European Parliament and setbacks in regional elections. She described this as “painful” in a speech lasting close to 1-1/2 hours.

In her speech, Kramp-Karrenbauer painted a dystopian scenario of economic decline for Germany in which its companies cease to register patents in 10 years’ time, and young people leave the country complaining of a lack of creativity.

“That could happen, but it doesn’t have to happen,” she said, urging the CDU to back a vision for the future that delivers prosperity “not despite digitalisation but with digitalisation”.

The CDU’s youth wing wants the congress to discuss holding a ballot of members on who should be the conservative bloc’s candidate for chancellor at the next federal election but the party’s establishment opposes the initiative.

Kramp-Karrenbauer defended the government’s record, arguing that under Merkel: “They were and are 14 good years for Germany and we can all be proud of that.”

By In Cyprus
Previous articleFMs of Cyprus and Palestine sign a Protocol on Political Consultations
Next articleThird quarter 2019 unemployment drops to 6.7%