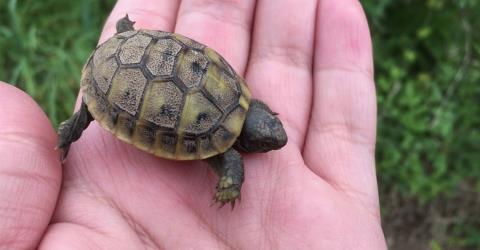 The island’s Animal Party is all up in arms after baby turtles were given as memoir gifts to guests at a recent wedding, Philenews reports.

Party leader Kyriacos Kyriacos said it has become trendy in Cyprus for little animals to be given as gifts at weddings, christenings, corporate events etc.

Describing this trend as outrageous, he also explained that animals are not objects but living organisms with feelings.

“We should let them live in the animal kingdom where they belong, away from our own events,” Kyriacou also said.

The Animal Party, he added, has no executive power but called on the competent authorities, that is the Veterinary Service, to address this alarming issue.

First, they should provide the necessary enlightenment to citizens clarifying their responsibilities as listed in the welfare of animals law, he said.