Ayia Triada mosaics restored, conservation work on basilica to be completed in 2019 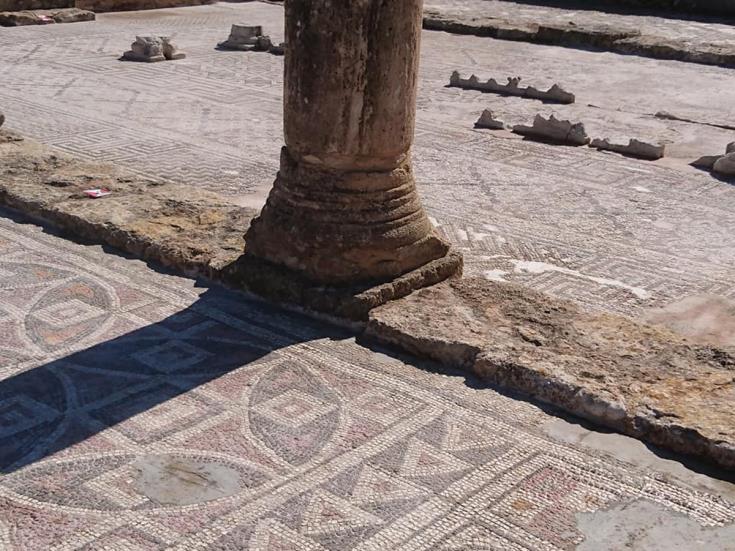 The mosaics at the basilica of Ayia Triada in Turkish occupied Karpasia have been restored and work is underway on the rest of the early Christian monument.

Takis Hadjidemetriou, the Greek-Cypriot co-chairman of the bicommunal Techical Committee on the Cultural Heritage told the Cyprus News Agency that he expected all the work to be completed within 2019.

The first phase of the restoration work lasted two months and involved the cleaning and conservation of the 5th and 6th century mosaics. “The work has started and the beauty of the monument has been revealed,” he said.

In view of the coming of winter, the mosaics will be covered with special protective covering while conservation work continues on the rest of the monument. Cement and iron that was used in previous maintenance work will be removed and replaced with compatible material.

Hadjidemetriou said Greek and Turkish Cypriots were working together on the monument. “It is a wonderful atmosphere,” he told the news agency.

The small church dates to around 425 AD.