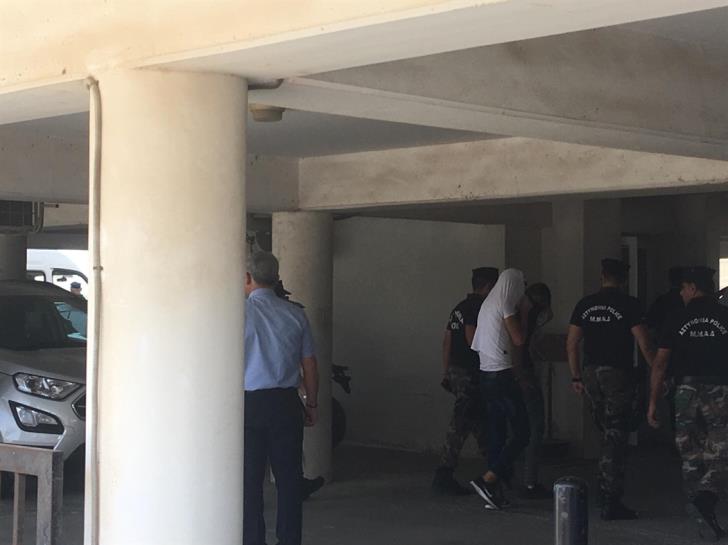 Seven Israeli youths will remain in custody for another six days as police investigate allegations by a 19 year old British woman that she had been gang raped at a hotel in Ayia Napa.

Five other Israeli youths who had also been arrested and remanded in custody last week were released yesterday after police found nothing incriminating against them.

The seven — aged between 15½ to 18½ — were taken to  Famagusta district court handcuffed and hid their faces as they were led into the court room. A Phileleftheros reporter at the court said that one of the youths was crying.

The hearing was held behind closed doors because one of the suspects is under 16. At the request of defence lawyers, a representative from the Israeli embassy as well as family members of the suspects were allowed in the courtroom, but others, including the media was asked to leave.

Police sought an extension of the remand saying they are investigating a case of rape and conspiracy to commit an offence.

The British woman had filed a report with Ayia Napa police that she had been gang raped by 12 Israelis in the early hours of July 18 at a room at the Ayia Napa hotel where she was staying.

The suspects have denied the allegations although according to police sources two have admitted to having consensual sex with the woman.

In statements to the media after Friday’s hearing, one of the defence lawyer said he was 100 per cent sure that the young men did not do anything wrong and that they too will be released.

He said that he had heard today that the woman worked at the hotel and that “her job was to get young people to drink.”

Asked whether he believed the woman was lying he replied: “I am sure the girl is lying. And you have the best evidence. Yesterday five of the boys were released. Why did she say in the beginning she was raped by 12 boys? It’s a lie.”

Watch the Israeli lawyers remarks to the media:

By In Cyprus
Previous articlePaphos’ historic buildings lit up (photos)
Next articleErdogan says Turkey to turn elsewhere if U.S. will not sell F-35s