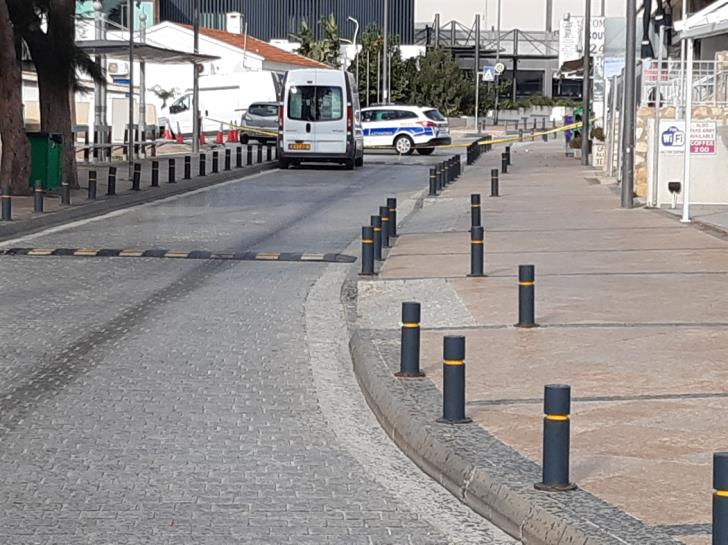 A 38 year old man was remanded in custody for eight days on Tuesday in connection with an attempted murder in Ayia Napa in the early hours of Sunday morning which injured four people.

A lone gunman had approached a bar on foot, opened fire from the pavement, and ran off. The weapon, a Kalashnikov, was found at a nearby car park, while the attack was caught on CCTV.

The suspect appeared before Famagusta district court which met in Larnaca under tight security. He had been due to appear in Paralimni but the hearing was moved to Larnaca for security reasons.

The suspect, who appeared in court without a lawyer, told the judge he had no involvement in the case when told police was asking he be held in custody for eight days.

The chief investigator told the court that the suspect’s movements had been recorded by CCTV near the Ayia Napa bar.

He added that 30 minutes before the attack, a man had walked outside the bar wearing a distinctive tracksuit. He said that the Kalashnikov was found 150 metres away while police had found 25 shells.

The suspect was arrested in Larnaca on Monday. He was taken to his home in Paphos which was searched by police as were his cars. His telephones were sent for forensic tests.

Police have linked the suspect to the weapon. The suspect had stayed at an Ayia Napa Hotel on February 14 and 15. During the search of the house, police found a sweatshirt that appears to be the same as that worn by the pedestrian shown on the CCTV.

They said that an unknown man who was holding something that appeared to be a gun had approached the car park of the same bar on February 13, but left the area when he was spotted.

Police will take another 50 statements and examine more CCTV footage.

Three men and a woman who were at the bar but have no connection with the intended victim were injured in the attack. They have been hospitalised and their condition has been described as out of danger.