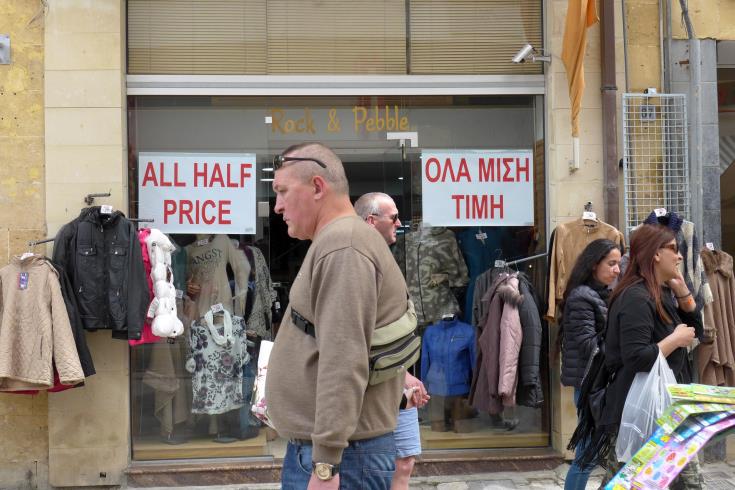 Shopkeepers in coastal Famagusta district are in dire financial state since the targeted number of tourist arrivals following the covid-19 pandemic now seems to be unachievable.

The initial target was for 30% tourist arrivals, compared to last year’s, according to small shopkeepers association Povek’s spokesman Kyriakos Ambizas.

“In fact, only a very small number of stores have re-opened in Ayia Napa and Protaras these days,” he told Philenews.

The POVEK spokesman also said that as regards Ayia Napa and Protaras, the lack of tourists and the low turnover in clothing and souvenir shops, is dramatically exacerbated by the fact that rents are very high.

“Exorbitant in most cases in most of the shops and premises,” he added.

Ambizas also said that unfortunately the incentive given to owners of commercial premises to make rent reductions and benefit from tax deductions by the Government in the past few months, seems to not have worked.

“The messages POVEK gets are that in most cases the owners of the premises demand the full annual rents from the shopkeepers regardless of the situation, whether they open or not,” he said.

It is obvious that a significant number of tourist shops in Ayia Napa and Protaras will not only not be able to renew their stock of goods but will also be forced to close down, he added.

Not only they can’t pay rent but but also electricity, water and other bills given the current state of play, he also said.

The POVEK spokesman also warned that should there be a second wave of the corona virus pandemic during the fall then the situation will be more than dire.

The situation in the city and province of Larnaca is not any better than that of Famagusta despite there being a larger mass of local population, he said.

As he said this could be due to various reasons – psychological included – since a most of the locals appear very restrained in their spending now compared to the period prior to the pandemic outbreak.

By In Cyprus
Previous articleMenendez: Only Turkey disputes Greek territorial waters
Next articleTwo-year sentence for 20-year-old for smuggling migrants