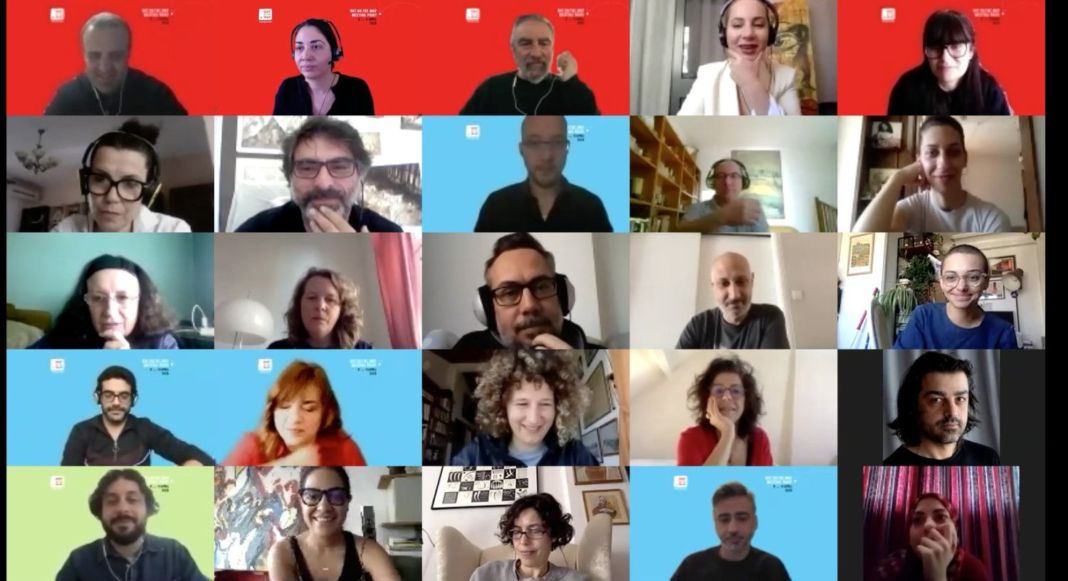 Amidst the pandemic and by eliminating physical borders, Cyprus Film Days IFF and its organisers, the Cultural Services of the Ministry of Education, Culture, Sport and Youth and the Rialto Theatre went ahead with the online implementation of the 1st Dot.on.the.map Industry Days, the co-production and networking platform for industry professionals, which was to take place in Cyprus, within the framework of the 18th Cyprus Film Days International Festival.

During the online meeting, producers, directors and scriptwriters from countries of the Mediterranean Sea, had the opportunity to pitch to members of the international film industry, aiming to find the right connections to get their projects co-produced, financed, developed and/or distributed.

The participating professionals were enthusiastic about the well-organised and uninterrupted online process, while the Jury “… was impressed by the diversity of projects, each from a different Mediterranean country, and the smooth online process, allowing a new kind of public pitching session and fruitful jury meetings.”

The co-production forum concluded with the Awards, which were decided upon by a three-member jury, chaired by French producer Guillaume De Seille. Moroccan producer Lamia Chraibi and Connecting Cottbus co-production market representative Martina Bleis, from Germany were the other two members of the jury.

The Best Project Award, went to The three of us by Suela Bako and produced by Sabina Kodra from Erafilm in Albania. The jury was “convinced of the dedication of the artistic team, their urge to tell a contemporary woman’s story in a matter-of-fact, yet humourous way,  and the solid basis for a necessary European co-production.” The award consists of Colour correction and DCP Mastering Services worth of €11,000.00, offered by Full Moon Productions and a cash prize €1000, offered by the Directors Guild of Cyprus to the director of the winning project, Suela Bako.

The Agora Networking Award, οffered by Thessaloniki International Film Festival, which includes accommodation and free market accreditation, went to Tena Gojic from Dinaridi Film producing Four days at the sea by Ivana Skrabalo from Croatia. According to the award rationale the jury “was touched by this approach that uses the setting and plot in a personal way to draw the delicate portray of a generation.”

The 1st edition of Dot.on.the.map Industry Days took place in a virtual environment from April 9 to 11, in partnership with Thessaloniki International Film Festival Agora.

By In Cyprus
Previous articleSpain loosens coronavirus lockdown but death toll races past 17,000
Next articleBishop of Morphou to be investigated for Palm Sunday liturgy