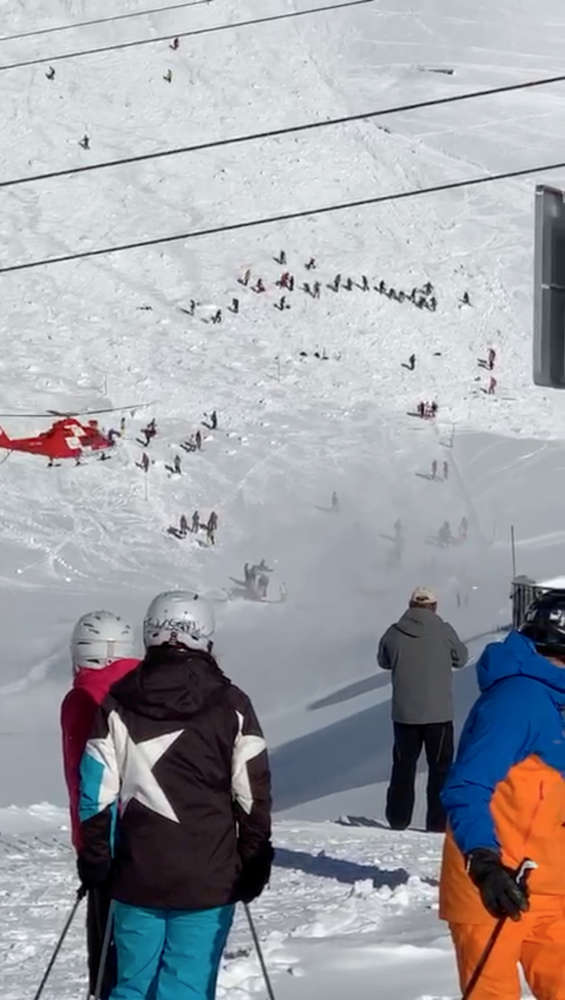 Three avalanches hit the Austrian ski resort of Ankogel and one the Swiss resort of Andermatt on Thursday, injuring at least two people and prompting major rescue operations, police said.

After a large avalanche spilled onto the piste at the Andermatt ski resort, two people with minor injuries were pulled from the snow and taken to hospital, a Swiss police spokesman said.

There could be more people buried under the snow and a large rescue squad was carrying out the search with considerable resources, he said.

In Austria, three avalanches came down in Ankogel in the province of Carinthia, an Austrian police spokesman said.

One happened outside the secured ski slope and buried two free riders who were able to free themselves.

More than 60 rescue workers, helicopters and dogs are searching for people who might have been buried under a major avalanche that came down directly on the slope, he said. It was too early to say anything regarding potential fatalities.