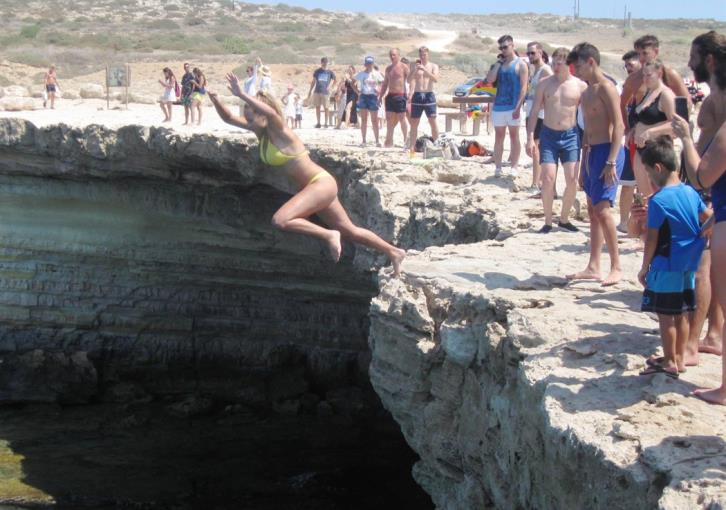 Authorities are looking at ways to block off access to the sea caves at Cape Greco after the area was ruled unsafe because of erosion, Phileleftheros reports.

One of Cyprus’ most photographed sites, access to the sea caves was prohibited in June after the Department of Geological Surveys warned that erosion is so severe that a landslide could take place in the caves any moment.

A sign went up and announcements have been issued informing the public but with little result.

First responders have so far this year had to mount rescue operations for seven swimmers injured after jumping into the sea — even though the area is in principle inaccessible. Last summer there were eight injuries.

According to the newspaper, the idea is to cut off access to the caves with rocks and to create a small parking nearby so that the public can go to admire and photograph the area, but not jump into the sea.

Fire services officials say they are concerned about the safety of the visitors, but also for their members who are called in to rescue them.

“At the fire service we are concerned that the rock in its entirety has been ruled as dangerous and at risk of collapse. There is a real risk of the rock collapsing endangering people who go to help,” Leonidas Leonidou, deputy chief of operations told Phileleftheros.

“We have made demarches for measures to be taken. There have been meetings and decisions were taken so as to prohibit the public from approaching the area but with no result,” he said.

The latest update is that the Forestry Department is drawing up a study for work to be done blocking the public from approaching.

By In Cyprus
Previous articleUpdated: Two pedestrians hit by car in Avdilero, driver arrested
Next articleThousands march in Hong Kong as police in black masks look on