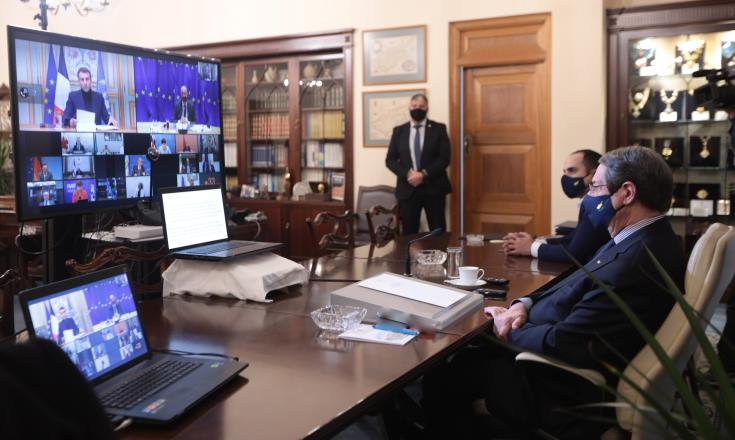 Cyprus authorities are in the process of releasing the pledged €5 million aid to neighbouring devastated Lebanon, President Nicos Anastasiades said on Thursday.

On Wednesday, the President was among a number of state leaders participating at a televised international aid conference hosted by the UN and French President Emmanuel Macron.

An official written statement also said: “Cyprus’ donation will go towards rebuilding schools and hospitals damaged by the August explosion, as well as for UN services working to rebuild the city.

“The President referred to the solidarity the people of Cyprus have shown, collecting along with the government a significant quantity of humanitarian aid from the day of the blast till today.”

In his intervention, Anastasiades also assured that Cyprus will continue to provide generous aid for Lebanon and its people.

This was the second videoconference held after the tragic port explosion in Beirut, aiming to take stock of the situation in Lebanon and the progress achieved so far in relation to reconstruction efforts.

Participants also discussed the rebuilding of Beirut port and of surrounding areas, the financial and social situation in the country, as well as the long-term prospects of international support, the announcement concludes.