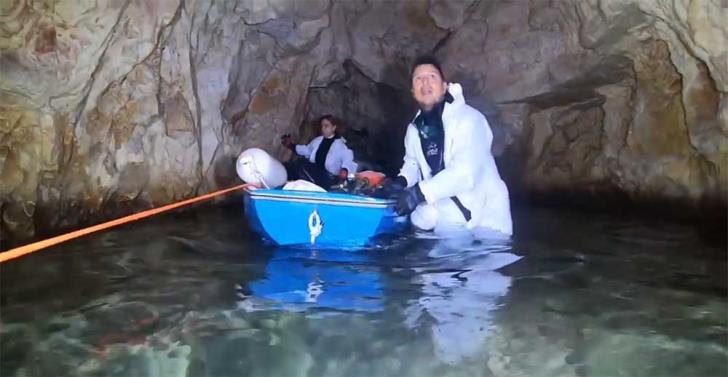 The Fisheries Department on Tuesday released a video showing an oil spill response plan at Peyia sea caves which the protected Mediterranean monk seal (Monachus monachus) uses to rest and to breed.

The plan – over a period of one year – took place in two stages to accommodate agreeable weather conditions, according to Marinos Ioannou who heads the Department. The spill was spotted a year ago.

Members of the Navy Service, wearing special uniforms,  had climbed down the caves and removed various materials where oil had settled. Such as sand, rock and pebbles.

“The main goal was to restore to the greatest degree possible the natural environment of the caves…It was an extremely difficult effort which was marked with success,” the Fisheries Department also said.

Monachus monachus is one of the most endangered mammals in the world and the only seal species in the Mediterranean. The total population is estimated at only 700.