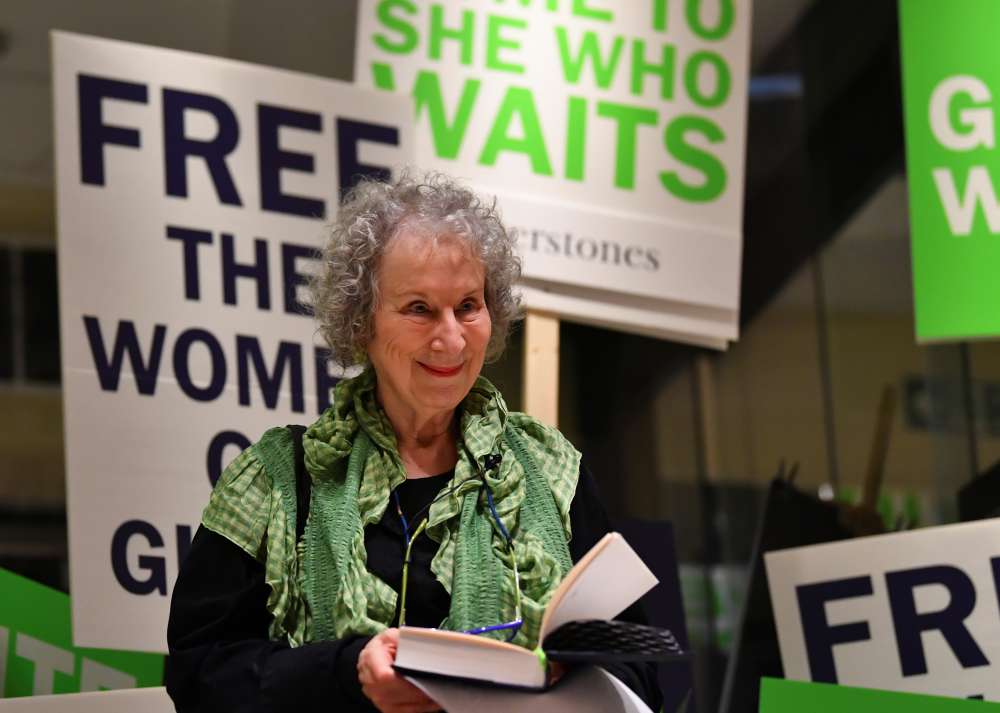 Canadian author Margaret Atwood said moves to limit women’s reproductive rights, particularly in the United States, led to the sequel to “The Handmaid’s Tale” which was released on Tuesday in a hotly-anticipated cultural event.

“The Testaments” sees Atwood pick up the story from her 1985 account of a totalitarian future in which fertile women are forced into sexual servitude to repopulate a world facing environmental disaster.

She said she had not planned a sequel to the story, which was set in fictional Gilead in the U.S. region of New England in the near future, but real-life political events, including moves to limit women’s reproductive rights, led her to reconsider.

“As time moved on … instead of moving further away from Gilead, we started moving towards it – particularly in the United States,” Atwood told a press conference in London.

Abortion is one of the most divisive issues in U.S. politics, with opponents often citing religious belief to call it immoral while abortion-rights advocates call restrictions encroachment on women’s medical choices and harmful to health.

President Donald Trump, who says he opposes abortions in most cases, has joined many of his fellow Republicans in seeking to curtail access to legal abortions.

“The Handmaid’s Tale” has long been hailed as a touchstone for feminist campaigners, with Atwood saying all the acts of repression in the fictional totalitarian state of Gilead were based on real-life events.

Fans in Britain queued at midnight to buy “The Testaments” after publishers maintained tight security in the lead-up to Tuesday’s release.

Reviewers were sent copies with a fake title and cover but secrecy around the book’s plot was breached after Amazon accidentally sent out some pre-ordered copies.

“The Testaments” has already been shortlisted for one of the literary world’s top awards, the Booker Prize, with judges’ chairman Peter Florence praising it as “a savage and beautiful novel that speaks to us today with conviction and power”.

Reviews on Tuesday were mixed. Many praised it as fast-paced and dramatic, but some argued it lacks the depth of the original novel that shot back into the best-selling list after being made into a popular TV series starring Elisabeth Moss.

Atwood, who turns 80 in November, won the Booker Prize for her 2000 novel “The Blind Assassin”.

By In Cyprus
Previous articlePolice to up measures to tackle violence against women
Next articleNew EU executive line-up to tackle climate change, digital challenges