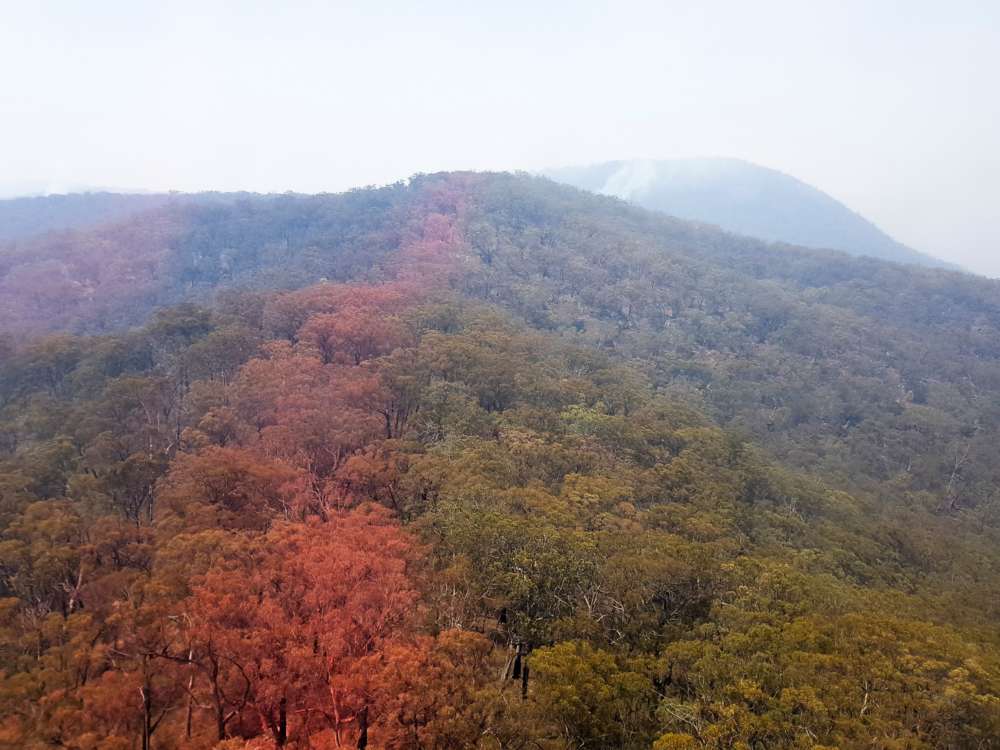 Australia’s Wollemi Pines survived the dinosaurs, and now firefighters have nursed them through the country’s worst bushfires in generations to live another day.

The giant prehistoric trees were thought to be extinct until 1994, when authorities found 200 of them in a national park near the Blue Mountains north-west of Sydney.

Since kept secret to protect them from contamination, their location has been devastated during a bushfire season that has razed about 11 million hectares (27 million acres) across the country’s southeast – an area roughly a third the size of Germany – since September.

The Gospers Mountain ‘megafire’ wiped out most of the trees’ home in Wollemi National Park, but they emerged virtually unscathed after air tankers dropped fire retardant and firefighters set up irrigation systems to protect them, the government said.

As the fire approached, firefighters were winched in by helicopter to activate the irrigation systems while other aircraft dropped water along the flames’ edge to minimise their impact.

Kean did not say when the operation took place, but the state’s Rural Fire Service said this week that, with the arrival of light rains and a dip in temperatures, it had downgraded the Gospers Mountain fire to “under control”.

Bushfires are common during Australia’s summer but this fire season started unusually early.