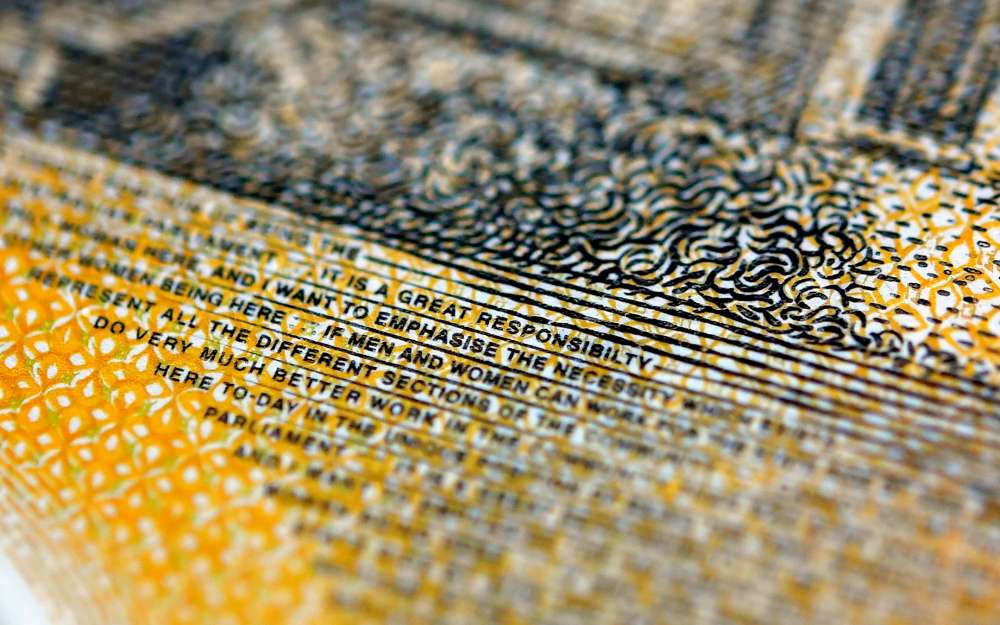 Millions of A$50 ($35) banknotes in Australia have an embarrassing typographical error that was overlooked by the country’s central bank before they were printed and circulated.

The goof first became known on Thursday when a listener on radio outlet Triple M sent the station a magnified photo of the Reserve Bank of Australia’s (RBA) new A$50 note highlighting the word “responsibility” misspelt as “responsibilty” three times.

The A$50 currency is the most widely circulated in Australia and accounts for nearly half the total value of other banknotes in use, according to the RBA.

The note came into circulation on Oct. 18, 2018 with new security features designed to deter counterfeiting and with tactile elements for the visually impaired. It sports a head-shot of Edith Cowan, who served as the first woman elected to an Australian legislature from 1921 to 1924.

The typo appears in an excerpt of Cowan’s maiden speech to Western Australia’s parliament, which features on the A$50 note.

The quote, which is repeated over on the banknote, reads: “It is a great responsibilty (sic) to be the only woman here and I want to emphasise the necessity which exists for other women being here.”

An RBA spokeswoman said in an emailed statement to Reuters the Bank “is aware of it and the spelling will be corrected at the next print run.”

The Bank said in its latest annual report its note printing subsidiary delivered 227 million Australian banknotes in 2017/18, including around 184 million new series A$50 banknotes.

The RBA did not immediately respond to questions on exactly how many of the new notes where in circulation and whether they would be withdrawn as a result of the spelling error.