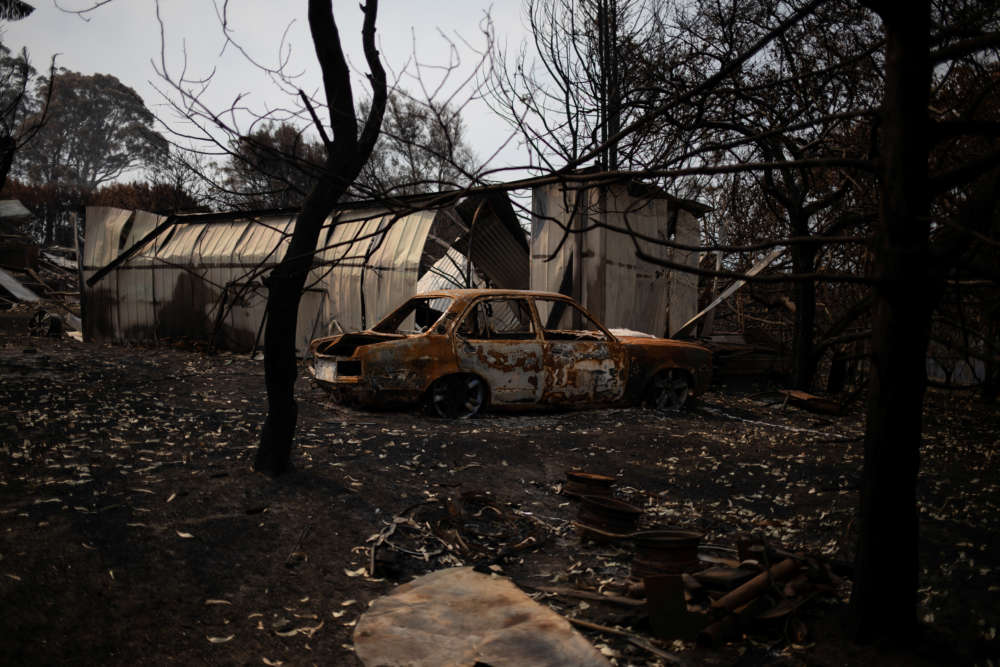 Intense thunderstorms with heavy rains dampened bushfires on Australia’s east coast on Friday to the relief of exhausted firefighters, and farmers battling years of drought.

Australia, famous for its pristine beaches and wildlife, has been fighting bushfires since September, with fires killing 29 people and millions of animals, and destroying more than 2,500 homes while razing an area roughly a third the size of Germany.

Victoria, New South Wales and Queensland, three of the most affected states by drought and bushfires welcomed the drenching rain this week, with fire services saying the falls will not extinguish all the blazes, but will aid greatly containment.

“Our fingers are crossed that this continues over the coming days,” New South Wales fire services said on Twitter on Friday.

Severe storms are forecast to continue in many fire-stricken regions of New South Wales and Queensland, including areas that have not seen heavy falls for years, Bureau of Meteorology in NSW said, easing slightly the state’s three-year drought.

“The recent rain has just been absolutely fantastic,” said cattle farmer Sam White near the town of Guyra in nothern NSW.

“It’s producing significant amounts of runoff, which is what we need, and it’s getting into our dams.

While the wet weather brings relief to fire fighters and drought-hit farmers, it also comes with dangers, such as flash flooding and falling trees, many structurally destroyed by the intense bushfires. One wildlife park had to rescue koalas from floowaters and beat back crocodiles with brooms.

The heavy downpours have helped to clean smoky air in Australia, but Sydney, Canberra and Melbourne remained on Friday in the world’s top 100 polluted cities, according to AirVisual’s pollution ranking for major global cities.

Melbourne, sheathed by a tick smoke earlier in the week that disrupted the Australian Open qualifying matches and other sporting competitions, is forecast to again be blanketed by unhealthy air over the weekend when the grand slam begins.

The smoke haze that has plagued Australia’s major cities for weeks has been tracked by NASA circumnavigating the globe and the space agency satellites showed on Thursday there is also a large concentration of lower smoke over the Pacific Ocean.

Following are some highlights of what is happening in the bushfire crisis:

* There were 82 fires burning across New South Wales early Friday, 30 uncontained, and several fires in Victoria, according to fire authorities.

* An emergency evacuation order issued for parts of Victoria’s northeast with an out-of-control bushfire threatening the Buffalo River Valley.

* Firefighters, family and the local community of Holbrook in New South Wales farewelled on Friday Samuel McPaul, a 28-year-old volunteer who died in December while fighting a massive and fast-moving blaze.

* Australia will have to wait until March for rains heavy enough to bring sustained relief from dry weather that has fuelled deadly bushfires, the country’s weather bureau said on Thursday.

* Qualifying rounds of Australian Open in Melbourne, the first tennis Grand Slam of the year, blighted by complaints from players about the pollution.