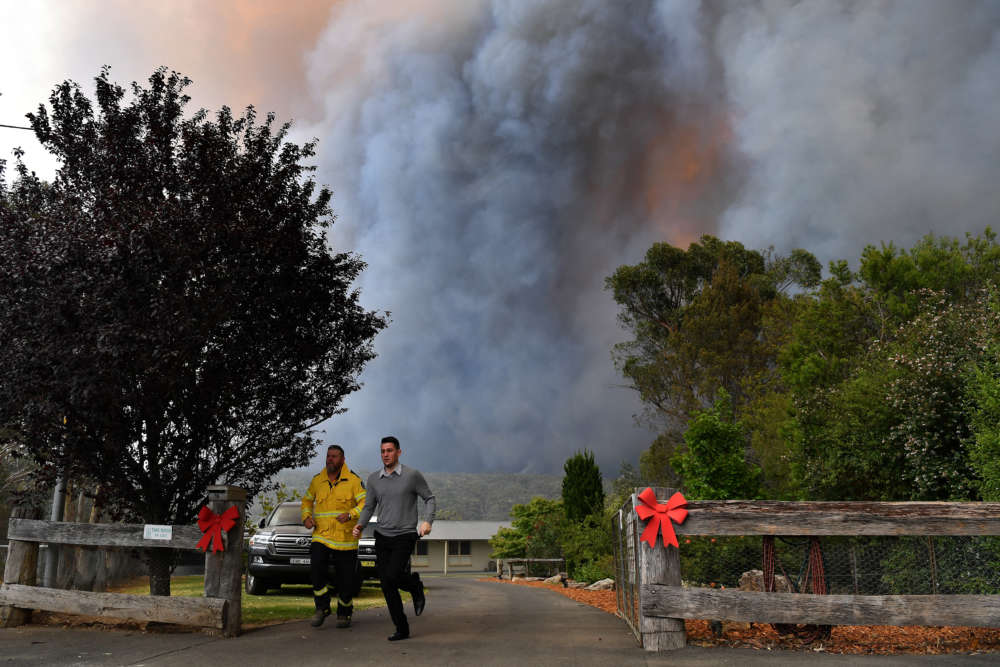 Australia has been fighting wildfires across three states for weeks, with blazes destroying more than 700 homes and nearly 3 million acres (1.2 million hectares) of bushland.

The death of the two firefighters overnight when their fire truck was struck by a falling tree as it travelled through the front line of a fire brought the fires death toll since the start of October to eight. Six more firefighters were seriously injured on Thursday.

Shortly after the pair’s deaths were announced, Morrison issued a statement saying he would return as soon as possible from a family holiday in Hawaii, a trip that has drawn sharp criticism in recent days as the wildfires crisis deepened.

“I deeply regret any offence caused to any of the many Australians affected by the terrible bushfires by my taking leave with family at this time,” Morrison said in the statement.

Morrison later told 2GB radio that the trip had been planned as a surprise to his young daughters to replace leave originally scheduled for January that he had cancelled because of official trips to Japan and India.

His return comes as firefighters prepare for “catastrophic” fire danger – the most severe level – in NSW on Saturday as searing heat and high winds are forecast, leading officials to urge people to evacuate their homes early if they live close to bushland.

There are more 200 fires burning across Australia – 70 of which are classified as uncontrolled, mostly in NSW.

“It is a fairly strong likelihood that we will lose homes tomorrow, it would be a miracle if we don’t,” RFS Deputy Commissioner Rob Rogers told reporters in Sydney.

Morrison’s conservative Liberal-National coalition government has been under sustained pressure to defend its climate change policies as it has downplayed links to the unprecedented early arrival and severity of this year’s bushfire season.

Hundreds of protesters gathered outside Morrison’s Sydney residence on Thursday. One protestor, wearing an Hawaiian shirt, carried a sign reading, “ScoMo, where the bloody hell are you?” referencing the leader’s nickname and a well-known international advertisement for Tourism Australia.

Australia is one of the world’s largest carbon emitters per capita because of its reliance on coal-fired power plants. It has pledged to cut carbon emissions by 26% from 2005 levels by 2030, but critics accuse Morrison of paying lip service to that commitment.

In June, the government approved the construction of a new coal mine in Queensland state by India’s Adani Enterprises that is expected to produce 8 million to 10 million tonnes of thermal coal a year.

As Morrison was apologising on radio on Friday morning, opposition Labour Party leader Anthony Albanese was serving breakfast to firefighters near the front line of a fire in rural Bilpin.

The fires have resulted in days of heavy pollution in Sydney, pushing air quality to unprecedented hazardous levels and resulting in viral images of heavy smoke haze over the usually sparkling harbour and landmarks like the Opera House.

The fires are being spurred this week, by record temperatures across the country which led NSW, the most populous state with 7 million people, to declare a seven-day state of emergency.

Days out from Christmas, a time when many Australians head to the coast for the holidays, NSW Premier Gladys Berejiklian urged people to reconsider travel plans.

“What is most important for us is that everyone is safe and if that means changing your plans for Christmas, we ask you do to that,” Berejiklian told reporters in Sydney.