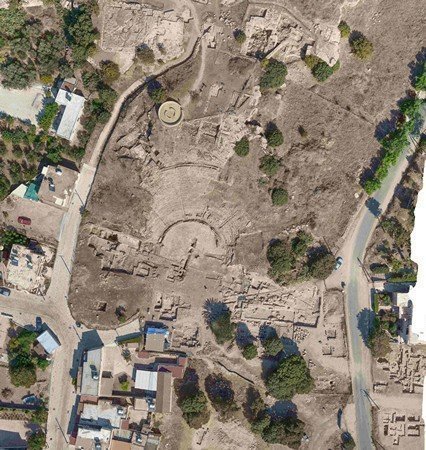 Excavations by Australian archaeologists at the ancient theatre of Nea Paphos have enhanced understanding of the urban layout of Roman cities on Cyprus, giving a sense of the complexity of the infrastructure built in ancient Paphos for an expanding population and as a representation of Imperial Roman power, says project director Dr Craig Barker of the University of Sydney.

Located on the southern slope of Fabrika Hill, the ancient theatre is a World Heritage site.  The 2019 team consisted of more than 70 archaeologists, specialists and students from Australia, according to a Department of Antiquities statement on Thursday announcing the completion of the 2019 excavations of the University of Sydney .

The theatre of ancient Nea Paphos is one of the most significant Hellenistic-Roman structures in Cyprus; it was in use for more than six centuries between its construction in c. 300 BC and its final destruction by earthquake around 365 AD.

It was initially used for dramatic performances, but in its final Roman phases the theatre was converted to an arena and could be flooded for water spectacles.

Over the five-week season which took place in October 2019, an enormous amount of soil was moved, revealing a number of ancient and mediaeval monuments from the area around the Hellenistic-Roman theatre, located in the north-east corner of the ancient capital of Cyprus.

A number of trenches were opened by the Australian team with the intention of exposing the continuation of the paved Roman road, located south of the theatre. This east-west running road, more than eight and a half metres wide and with a sophisticated drainage network, would have serviced the north-eastern gate of the ancient city. Wheel ruts indicate it was used by vehicular traffic as well as pedestrian.

An additional 14 metres length of this road, constructed in the 2nd century AD, were exposed in three separate trenches. The road was constructed from rectangular limestone pavers and played a pivotal role in the ancient city’s infrastructure and the movement of ancient populations.

The excavation has also clarified evidence of earthquake collapse of the fourth century AD over the road and of the use of parts of the road during later historical periods. 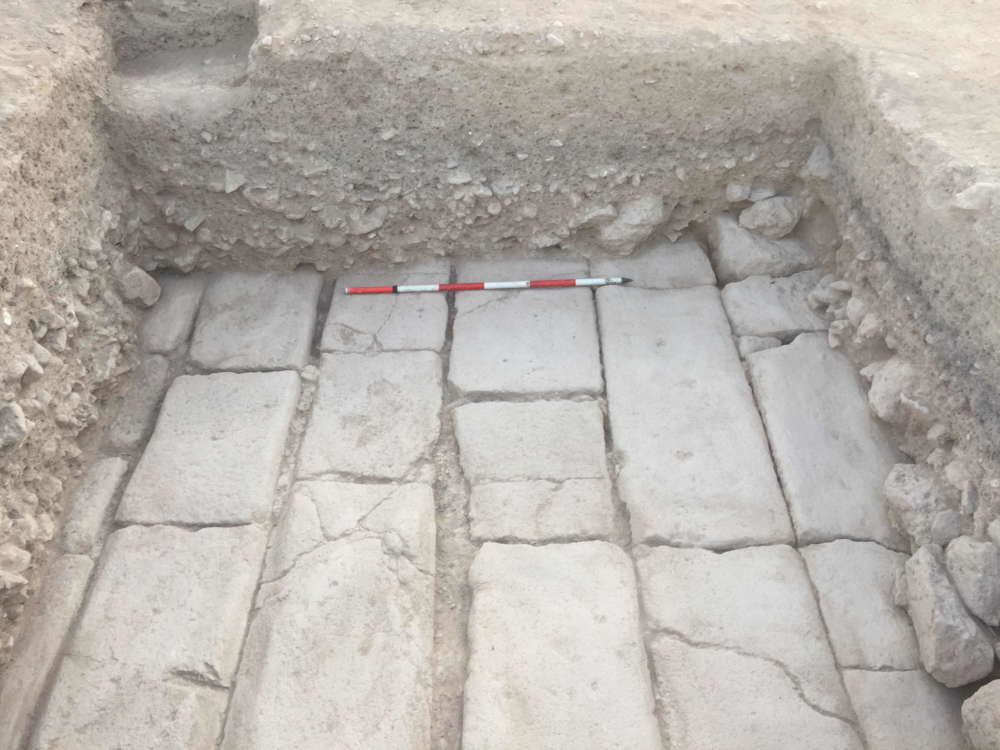 A new trench located 30 metres due south of the paved road has picked up a rough rubble stone surface of another road. This pathway now provides confirmation of the size of the insula blocks of this part of the ancient city. The depth of this new road compared with the paved road to its north, also suggests that the topography of the ancient city was very different to the current landscape.

A wall north of the new rubble road probably represents the foundations of the buildings positioned on the insula block between the road network. The function of these buildings remains unknown at this stage. The excavation of fragments of painted plaster of the late Hellenistic or early Roman period indicate that at least parts of the buildings were in use for at least several centuries. They will be investigated in future excavation seasons.

Project director Dr Craig Barker of the University of Sydney states that the excavations have “enhanced the understanding of the urban layout of Roman cities on Cyprus. We now get a sense of the complexity of the infrastructure built in ancient Paphos for an expanding population and as a representation of Imperial Roman power”.

Other trenches opened in 2019 were positioned in order to understand more about the foundations of the Roman-stage building. Meanwhile excavations on the top of the hill behind the theatre have exposed additional features of an important, large medieval building, which seems to have been in use for several centuries. Other significant finds this season included a near intact Late Roman jug and several marble and limestone architectural capitals that would have adorned the stage building of the theatre. A granite column, which once would have served as part of the colonnade of the ancient city was also found. 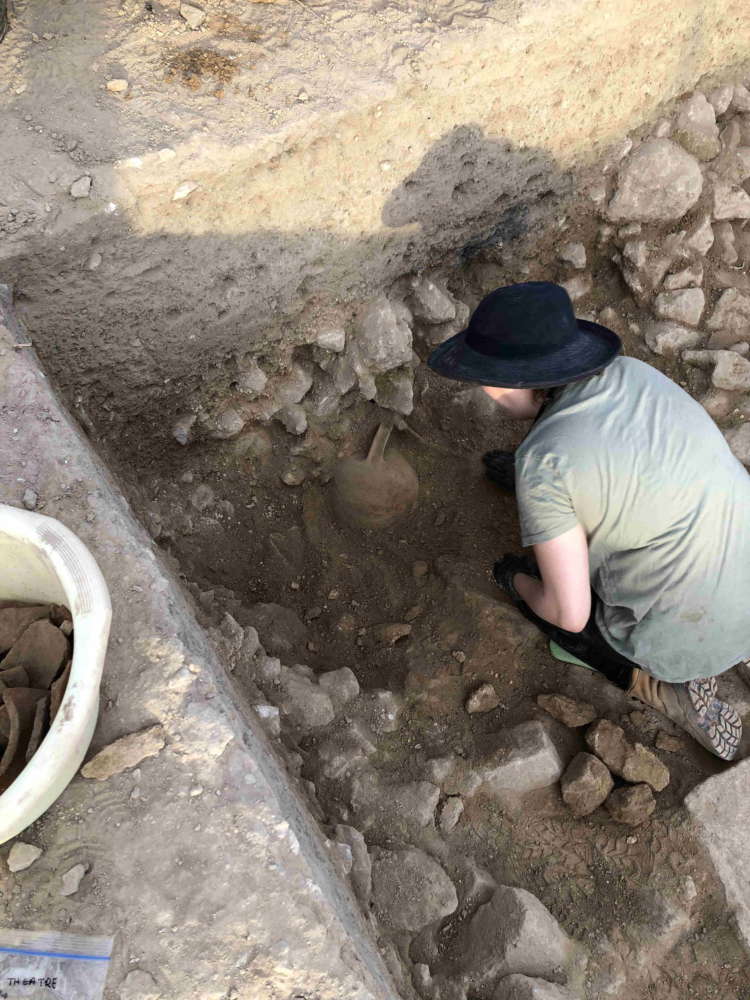 The “Paphos Theatre Archaeological Project” conducts its work in close collaboration with the Department of Antiquities of the Republic of Cyprus and is supported by the Australian Archaeological Institute at Athens and the Nicholson Museum at the University of Sydney.

Unlike the other ancient theatres excavated on the island, the theatre will never be restored which will enable future nuanced research into the architectural development of Hellenistic and Roman theatres in Cyprus. The Australian team will return to the site next year to mark the excavation’s 25th anniversary and is working towards a major publication on the architecture and moveable finds from the theatre.

By In Cyprus
Previous articleBudget approval allows the state to continue on the path of economic stability, FinMin says
Next articleByzantine chant joins UNESCO list on intangible cultural heritage (video)