Australia evacuates parts of its capital as bushfire conditions return 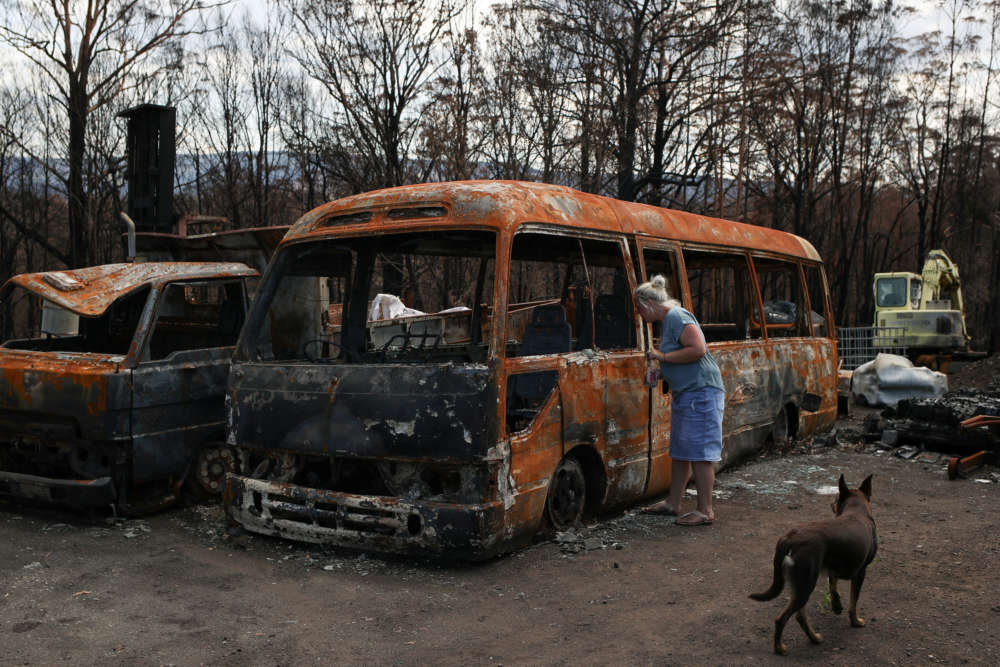 Residents of the Australian capital Canberra were evacuated on Wednesday after a bushfire broke out near the airport as searing temperatures returned, ending a few days of respite, and the number of out-of-control blazes surged in the southeast.

Roads were closed and the authorities told people to leave or stay away from suburbs east of Canberra, as photos posted on social media showed grey smoke billowing above the city’s suburbs. There were no reports of injuries or damage.

“I can see the smoke from my house,” said Kane Cawse, a gym owner, by telephone as he drove toward his business in the evacuation zone about 14 km (9 miles) from the country’s parliament.

“I’m just going to see exactly what’s going on, make sure I’ve got a gym and make sure that the guys are either safe or out,” he added.

In recent weeks, Canberra and the cities of Sydney and Melbourne experienced air quality rated among the worst in the world under thick clouds of bushfire smoke.

Since September, hundreds of wildfires in Australia have killed 29 people and an estimated 1 billion native animals, while incinerating 2,500 homes and a total area of bushland larger than the size of Austria.

Firefighters had taken advantage of rain and milder temperatures in the past week to contain blazes, but the respite ended on Wednesday when high temperatures and winds returned.

An economic survey on Wednesday meanwhile showed the fires were causing Australians to tighten their purse strings, a sign the natural disaster is putting pressure on the world’s 14th-biggest economy.

Economists said the cost to Australia’s A$1.95 trillion ($1.33 trillion) economy could be as high as A$5 billion ($3.4 billion), shaving 0.25 points off gross domestic product in the December and March quarters, and potentially prompting the central bank to cut rates as early as February.

Consumer sentiment in January was 6.2% lower than a year earlier, according to the Melbourne Institute and Westpac Bank survey released on Wednesday. Consumer sentiment data is considered a leading indicator, running ahead of actual spending data.

The huge bushfires have cut through the country’s east coast during the peak summer months when many businesses usually rake in earnings from both domestic and foreign tourists. Agricultural sectors, particularly the dairy industry, have also been hard hit.

Here are today’s key events in the bushfire crisis: * Suburbs near Canberra Airport were evacuated late on Wednesday as an emergency level fire burned. There were no reports of injury or damage.

* The wildfires have killed 29 people, destroyed more than 2,500 homes and razed 11 million hectares (27 million acres) of wilderness – an area one-third the size of Germany – since September.

* Scores of fires were burning in the states of New South Wales (NSW) and Victoria on Wednesday. Temperatures in Victoria were expected to top 32 degrees Celsius (89.6 Fahrenheit) on Wednesday, leading officials to declare “extreme fire danger” in some areas. Temperatures in NSW were forecast to hit 40C (104F) on Thursday.

* A Reuters analysis shows that Australian animals living in specific habitats, such as mountain lizards, leaf-tailed geckos and pear-shaped frogs, are battling the threat of extinction after fierce bushfires razed large areas of their homes.

* The air in Sydney is expected to again reach hazardous pollution levels on Thursday as smoke drifts over the city, the NSW state government said.

* Players at the Australian Open tennis tournament continued to make pledges of financial assistance. Among the latest were the seventh seed, Alexander Zverev, who said he would donate A$10,000 for each match he wins and pledged his entire prize money of A$4.12 million if he wins the tournament. American John Isner has pledged 25% of all his prize money and A$100 for every ace he serves.