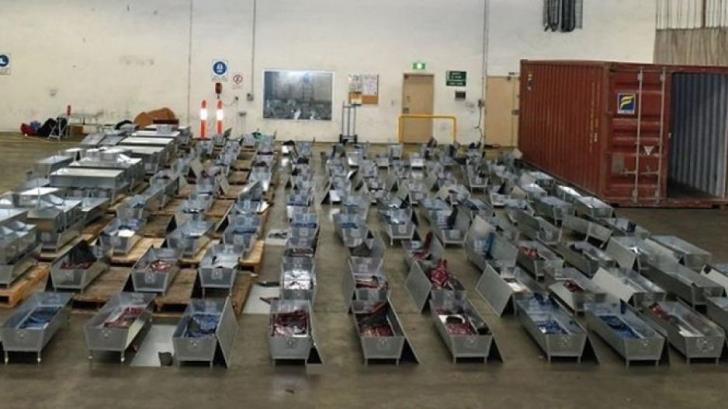 Police in the Cyprus Drug Law Enforcement Unit are questioning a 57 year-old man in the Unit’s Limassol offices in connection with the 645 kg of MDMA seized in Australia last Monday. An arrest warrant against him is pending since last Saturday.

The man was transferred to Limassol from Nicosia Central Prison where he is awaiting trial in connection with the discovery of 84 kg cannabis in Ypsonas last March. For this reason the drug unit had to request permission from the Justice Ministry to transfer the suspect to Limassol police headquarters for today’s questioning.

The arrest warrant against him was issued when investigations revealed his connection with the company that exported the drugs to Australia.