Australia calls for another mass evacuation as monster bushfires return 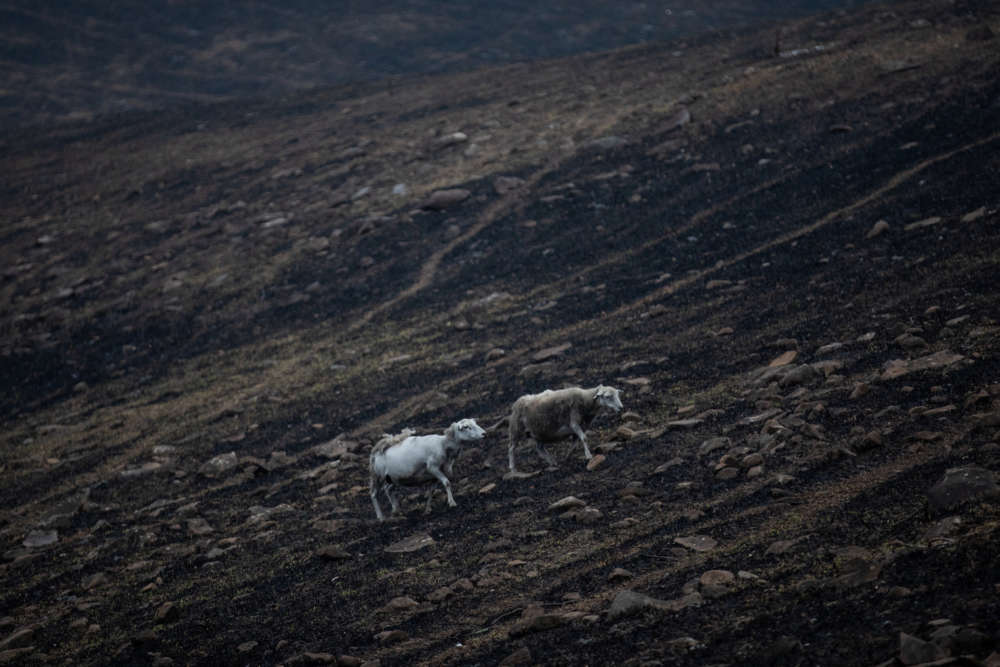 Victoria state Premier Daniel Andrews urged communities to be on alert ahead of the extreme conditions.

“If you receive instructions to leave, then you must leave,” Andrews said in a televised briefing. “That is the only way to guarantee your safety.”

Parts of Kangaroo Island, a wildlife-rich tourist spot off the southeast coast where Prime Minister Scott Morrison on Wednesday made a plea for foreign tourists not to be deterred by the fires, were again evacuated on Thursday.

“I urge everyone to heed warnings, follow advice, and to head to the east part of the island, which is deemed safe at this point,” South Australia Fire Chief Mark Jones said in a separate briefing in Adelaide.

A third of the island has been destroyed.

Twenty-seven people have been killed this fire season, according to the federal government, as the monster fires have scorched through more than 10.3 million hectares (25.5 million acres) of land, an area the size of South Korea.

Thousands have been made homeless and thousands have had to evacuate repeatedly because of the volatility of the fires.

Residents of the coastal town of Mallacoota, where thousands of people were stranded on a beach for days until a military evacuation that only ended on Wednesday, were among those again advised to flee.

“If we evacuate, where do we go?” said Mark Tregellas, who spent New Year’s Eve on a boat ramp as fire destroyed much of his town, and one of about 1,000 people who decided to stay.

“The electricity is slowly coming back but everyone is reliant on generators, and fuel for those is very limited,” he told Reuters by telephone from his house.

“People have now run out of petrol so most in the town are now riding on bicycles.”

Following are some highlights of what is happening in the bushfire crisis:

* A water bombing helicopter ditched in a dam on New South Wales South Coast on Thursday. The pilot was safe.

* Authorities have warned that the huge fires, spurred by high temperatures, wind and a three-year drought, will persist until there is substantial rainfall. The weather agency said there was no sign of that for months.

“It takes a huge amount of rain to put out bushfires of this intensity and of this scale. That’s not forecast,” South Australia Fire Chief Jones told reporters.

* Weather officials in South Australia issued a severe weather warning for some parts of the state’s north.

* The Australian Bureau of Meteorology reported only 6% of typical annual rainfall last year, while daytime temperatures were more than 2 degrees Celsius (3.6 degrees Fahrenheit) above normal: “Australia’s getting warmer, the fire season’s getting longer and the severity of the fire weather during that season is getting more frequent and severe.”

* Mining magnate Andrew Forrest pledged A$70 million to a recovery package, including a force of more than 1,000 volunteers from the mining and agriculture sectors to help with rebuilding.

* 1,870 homes have been destroyed on the badly hit New South Wales coast.

* Moody’s Analytics said the cost of the fires could easily surpass that of deadly 2009 Black Saturday fires that destroyed 450,000 hectares of land, which cost an estimated A$4.4 billion.

* The prime minister has pledged A$2 billion ($1.4 billion) to a newly created National Bushfire Recovery Agency.

* About 100 firefighters from the United States and Canada are helping with another 140 expected in coming weeks.

* Malaysia has approved a plan to send 65 fire and rescue personnel to help. The deployment is awaiting Australian approval.

* Ecologists at the University of Sydney have estimated 1 billion animals have been killed or injured.

* Smoke has drifted across the Pacific, affecting cities in South America, and may have reached the Antarctic, the U.N. World Meteorological Organization said.