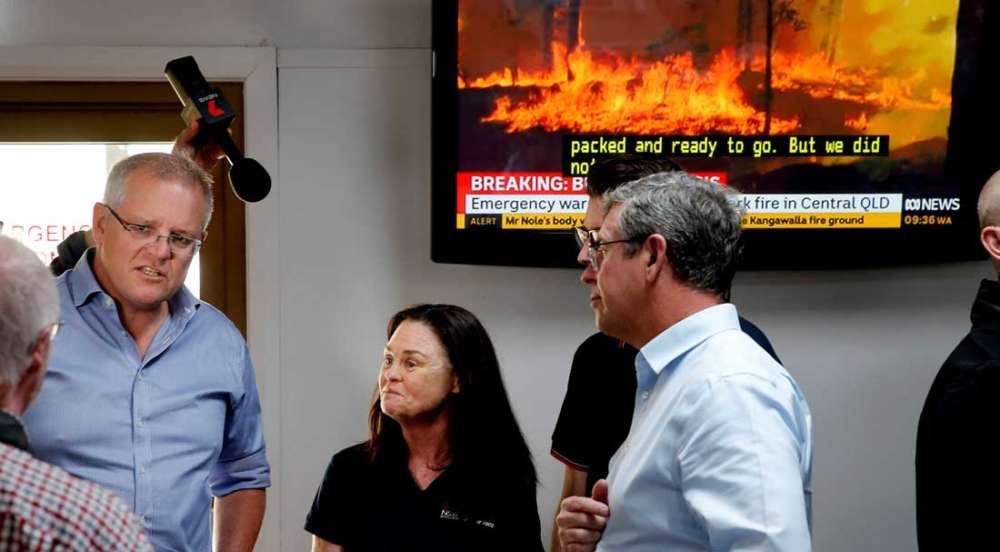 Australian firefighters raced on Sunday to contain widespread bushfires that have left three people dead, and warned of “catastrophic” fire conditions ahead, including around the country’s biggest city of Sydney.

Authorities upgraded the forecast for the greater Sydney region to catastrophic fire danger on Tuesday, the first time the city has been rated at that level since new fire danger ratings were introduced in 2009.

Conditions on Tuesday in the greater Hunter region north of Sydney were also rated as catastrophic, the highest level of bushfire danger, while extreme or severe conditions were predicted for other parts of the state.

“If a fire starts and takes hold during catastrophic fire danger conditions, lives and homes will be at risk,” the statement said.

Australia is suffering one of its worst bushfire seasons, which is occurring even before the start of the Southern Hemisphere summer, with parts of the country crippled by severe drought.

Three people have died in New South Wales since Friday, when a record number of emergency-level fires were declared in the state, and at least 150 homes have been destroyed.

Five people were listed by authorities as missing on Saturday afternoon, but local media said Sunday they had now been accounted for.

By Sunday afternoon, about half of the more than 70 fires burning in New South Wales were still not under control, with two burning at an emergency level.

Education authorities said more than 40 schools in New South Wales would be shut on Monday due to the fires.

Further north in Queensland, more than 50 fires were burning on Sunday, with emergency warnings in place for two fires.

Thousands of residents in Queensland have been evacuated and authorities warned severe fire danger was expected on Wednesday, with little reprieve this year.

“There is really no rainfall, no significant rainfall, until at least the end of the year and possibly into the new year,” Queensland Fire and Emergency Services acting commissioner Mike Wassing told a news conference on Sunday.