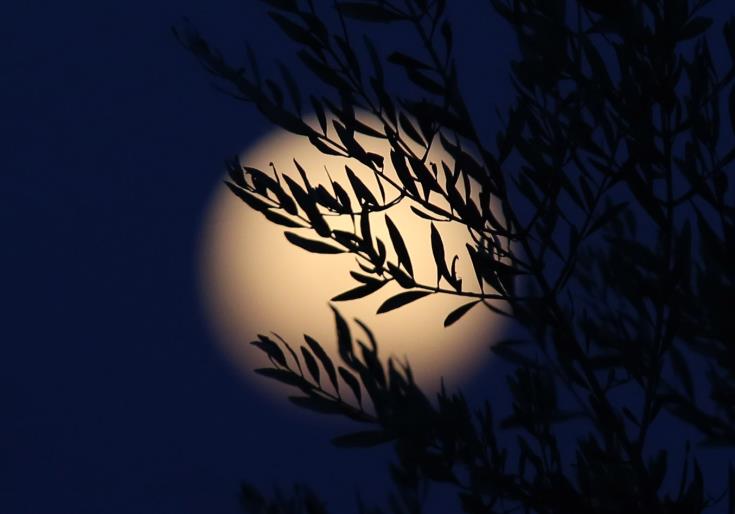 Sky gazers are in for a treat tonight as August’s full moon — known also as the Sturgeon Moon lights up the sky.

According to the Old Farmer’s Almanac guide to astronomy and nature, August’s Full Moon is named after the sturgeon fish becoming ready to be caught.

Amy Nieskens, of the Old Farmer’s Almanac guide to nature, said: “August’s Full Moon is known as the Sturgeon Moon because Native American tribes knew that the sturgeon in the Great Lakes and in Lake Champlain were most readily caught during the Full Moon.”

“It’s also been called the Green Corn Moon, the Grain Moon and the Red Moon for the reddish hue it often takes on in the summer haze.”

And though the annual Perseid meteor shower has peaked and the bright moon may drown many Perseids from view, there’s still a chance to catch a few shooting through the sky as the Earth passes through the path of  Comet Swift-Tuttle  from July 17 to August 26.

The best direction to look is wherever your sky is darkest, probably straight up. The shower is best observed from 11 pm or midnight onwards, when you may see up to 100 meteors per hour, the European Space Agency says on its website.

The Perseids are sand- to pea-sized bits of rocky debris that were ejected long ago by comet Swift-Tuttle. This comet is slowly disintegrating as it orbits the Sun. Over the centuries, its crumbly remains have spread along its orbit to form a stream of particles hundreds of millions of kilometres long.

Earth’s path around the Sun carries us through this comet debris every mid-August. The particles, called ‘meteoroids’, are travelling at 60 km per second with respect to Earth. When one of them hits the upper atmosphere, it creates a white-hot streak of superheated air. Occasional brighter ones survive for several seconds, leaving trails of glowing smoke and gas.

The Perseids are ideal for digital imaging. Attach your camera to a tripod, preferably with a wide angle lens and a high ISO (darkness) setting. Keep the shutter open for 10-15 seconds at a time (longer in a really dark place). With a bit of luck, you should capture one or more Perseids streaking across the photo!

Keep away from bright lights, let your eyes adapt to the darkness, and lie back and stare at the sky!

By In Cyprus
Previous articlePhotiou: Remains of 80-85% of those still missing most probably relocated
Next articleRussia hails miracle after plane makes emergency landing near Moscow