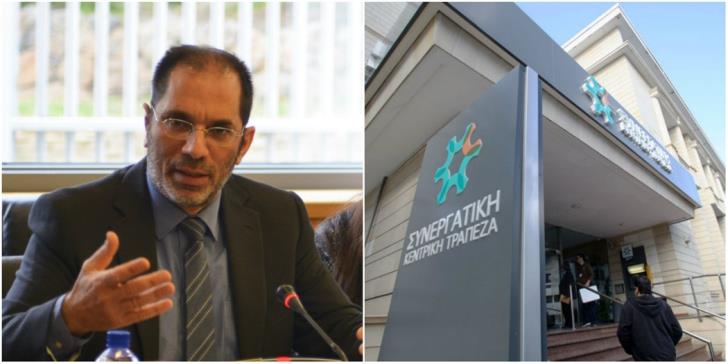 Auditor General Odysseas Michaelides says that the demands of unions for compensation to CCB employees who will leave  through a voluntary redundancy scheme are excessive, noting also that this scheme will burden taxpayers.

Of the 2,650 CCB employees, 1,100 will be transferred to Hellenic Bank and 900 will be laid off. The rest will be transferred to Altamira. Union representatives are currently in discussions for the height of compensations, asking for a minimum of €100,000 and  a maximum of  €200.000, or 5 annual salaries, for each redundant employee. The unions are seeking a plan that would attract many employees, especially given that 60% of them are under 45, well below retirement age.

Similar schemes were offered in the past for employees of other companies e.g. of Cyprus Airways, Eurocypria and Cyta and Michaelides said the scheme for CCB employees should be similar to these.

In regard to CCB employees who previously worked for Laiki Bank, Michaelides, stated that any compensation should be out of the question, since they benefitted from a compensation package in 2013, or thereafter. He also noted that no compensation scheme should be provided for persons with fixed-term contracts and with provisions for termination upon notice by the employer, especially for those in managerial positions. The contracts should be allowed to expire, according to their terms. After all, as he stated, those in managerial positions will soon be under investigation.

Meanwhile, teachers are preparing to sue CCB for the dissolution of their cooperative saving banks.

After the absorption of the its ‘healthy’ part by Hellenic Bank, CCB will be authorised to exercise limited banking activities in order to manage the loans remaining in its portfolios. However, after the transfer of non-performing loans to the new company, the permission will be withdrawn, according to chief central bank Supervisor Yiangos Demetriou.

The Central Bank is waiting for Hellenic Bank to finalise its shareholding structure before proceeding, if necessary, to a ‘fit and proper’ assessment of the shareholders, Demetriou added.