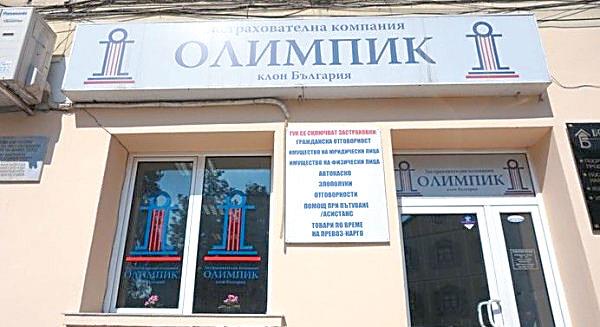 Auditor General Odyseeas Michaelides asserted yesterday that there were warning signs of insolvency for Olympic since 2014.

Yesterday, the provisional liquidator of the company Pavlos Nakouzi told Bulgarian national television that Olympic’s auditors in Nicosia had found that statements in the company’s accounting books appeared to be incompatible with the company’s actual finances.

As he explained, the auditors of the company in Cyprus, found out that neither the financial statements nor the market value of the company’s assets corresponded to reality.

The insurance company was not able to meet its long-term financial obligations and the company’s insurance licence was revoked for failing to meet minimum capital requirements, added Nakouzi who was appointed on August 10.

“All Olympic clients and those who expect to receive road accident compensation by August 17 must go through the usual claims procedures and address their insurer,” he noted.

Following the appointment of a permanent administrator by the courts each claimant will be required to submit an affidavit stating his total claims.

In relation to the calculation of the compensation, Nakouzi stated that the process is expected to take a few weeks, since each premium should be calculated separately. Priority will be given to those who are waiting to receive compensation for physical or property damage caused by road accidents.

Nakouzi assured that the European Directive ‘Solvency II’, which aims to ensure that policyholders throughout the European Union enjoy the same level of protection, will be respected. Under  the EU legal framework, it does not matter if someone is Bulgarian or Cypriot, the citizens of both countries are treated in the same way, he concluded.

Questions arise from the fact that warning signs for the company’s insolvency had been noted long before the auditors’ findings in 2017.

The problems with the company’s finances had been known since late 2013, according to a tweet by Auditor General Odysseas Michaelides, which quoted an extract from the 2014 Audit Office Report.

Stress tests carried out under the Solvency II framework at the end of 2014 found that an increase in funds was required. Specifically, in the Audit Report it is stated, inter alia that: “From stress tests carried out by the Supervisory Authority to 30 companies rated low under the Solvency II framework, of 34 licensed companies on 31/12/2013, ten companies, did not meet the solvency requirements on the basis of their data as of 31/12/2013.”

In his own statements on Bulgarian national television, the former head of the Bulgarian Financial Supervision Commission Rumen Galabinov blamed the supervisory authorities:”Cypriot auditors are responsible for the financial situation of the insolvent insurance company because they had to inform their counterparts in Bulgaria when problems arose.”

Thee deputy chair of Bulgaria’s Financial Supervision Commission has resigned over the issue, while the former Commissioner pointed out that she had informed them in May when Cyprus decided on  measures against the insurance company, which also took effect to Bulgaria.

Compensation owed is estimated at around €10 million in Cyprus and €45 million in Bulgaria and includes balances for insurance schemes cancelled as of August 17, as well as compensation for physical and material damage in accidents. The Bulgarian Parliament had previously reported that due compensation amounted to €20- €35 million.

In Cyprus, Olympic communicated with customers via text message letting them know that they had been transferred to another insurance company.

View more: Up to €35m to be paid in compensation for failed ‘Olympic’