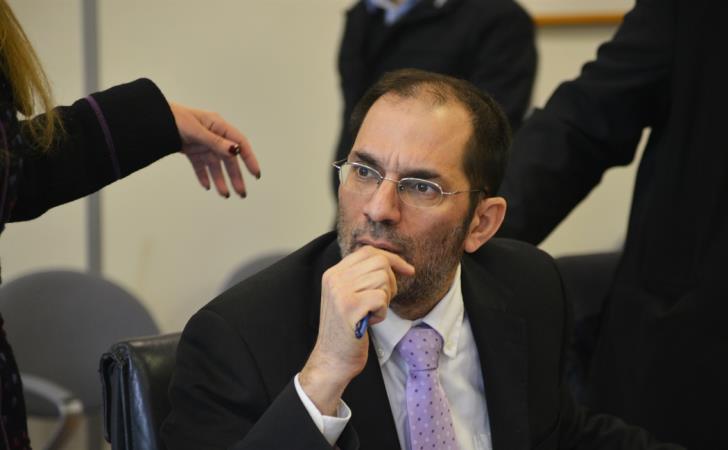 Ombudsman Maria Stylianou-Lottides on Thursday filed a law suit against Auditor General Odysseas Michaelides with whom she has been engaged in a spat over jurisdictions for some time.

Her lawsuit came hours only after one against Michaelides filed by publishing group SPP Media Ltd, along with Christis Lottides and Kathimerini newspaper over “defamation, libel and harmful lies”.

Lottides is the Ombudsman’s husband and one of the owners of the publishing group which also publishes Kathimerini.

The Ombudsman said in a statement on Thursday: “After today’s announcement by the Auditor General who has launched a new attack against me I have decided to proceed with legal action not for my own personal satisfaction but to demonstrate that human and female dignity are not negotiable against any intimidation, and because tolerance also has limits and in no way should be interpreted as weakness.”

As for the lawsuit by SPP Media Ltd and Lottides , they said: “In an announcement today by the Auditor General he falsely referred to our company as the ‘manager’ of Paramythoupolis (Fairyland), just as you enter Nicosia. SPP Media is simply the communications sponsor of events taking place at Paramythoupolis”.

Their announcement also said: “Our Group is the institutional sponsor of the Rialto Theatre in Limassol over the past ten years within the context of social contribution in the field of culture. If not all, most of the theatre performances there are sponsored by the promotions and communications teams of our Group.

“And such was the support we provided – without any financial gain for us – to the charity concert to which the Auditor General referred in his announcement.”

The company’s announcement concluded by saying that compensation money it will receive from the lawsuit will be donated to charity.

The Auditor General was prompt to respond with a new announcement saying that “this fact does not in any way change the substance of the issues reported in the letter dated 11.2.2020 which was sent to the House Audit Committee, the House Institutions Committee, the Ombudswoman’s Office and the Chief of Staff of the  President of the Republic.”

Michaelides also said: “The issues reported in the letter do not concern the above company, nor any other private company, but only the Ombudswoman.”

One of the issues raised in letter was that, in December 2018, the Ombudswoman used Paramythoupolis for a series of events organised by her office as part of the awareness campaign on the 70 years from the signing of the UN Universal Declaration of Human Rights.