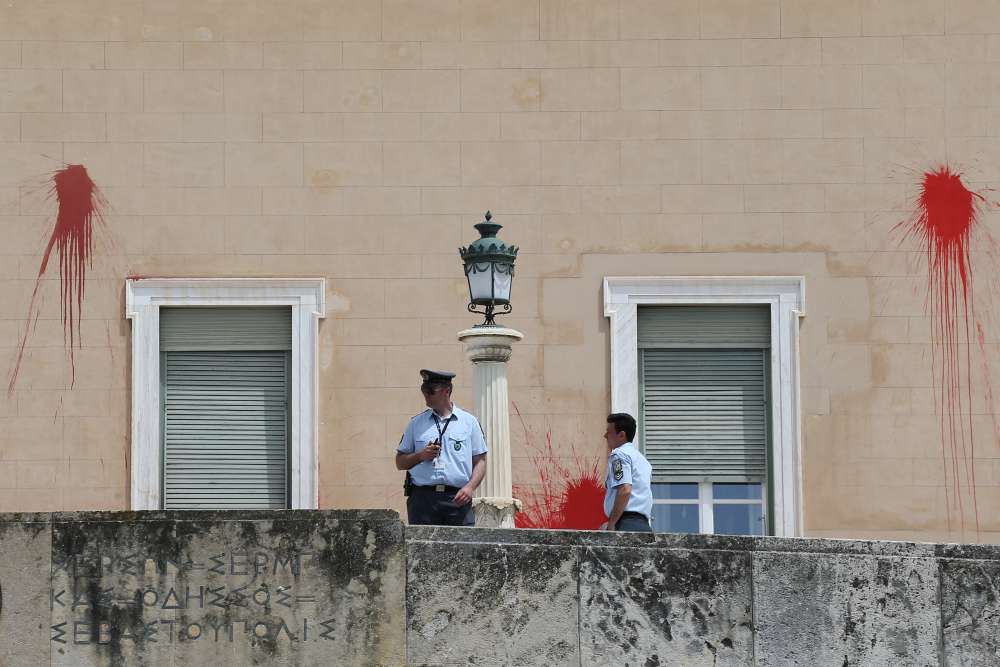 Vandals on Tuesday hurled red paint at Greece‘s parliament, one of the most heavily guarded buildings in central Athens, before dispersing into nearby streets.

There were several red stains on the facade of the parliament facing onto Syntagma Square, while the perpetrators, who were on foot, let off two smoke bombs, police officials said. Such attacks are common in Athens although rare against parliament.

Earlier this month, attackers threw black paint at the walls encircling the U.S. ambassador’s residence in Athens. That was claimed by the same anarchist group, protesting against the withholding of prison leave from a man convicted of being the hitman for Greece‘s deadliest guerrilla group, November 17.