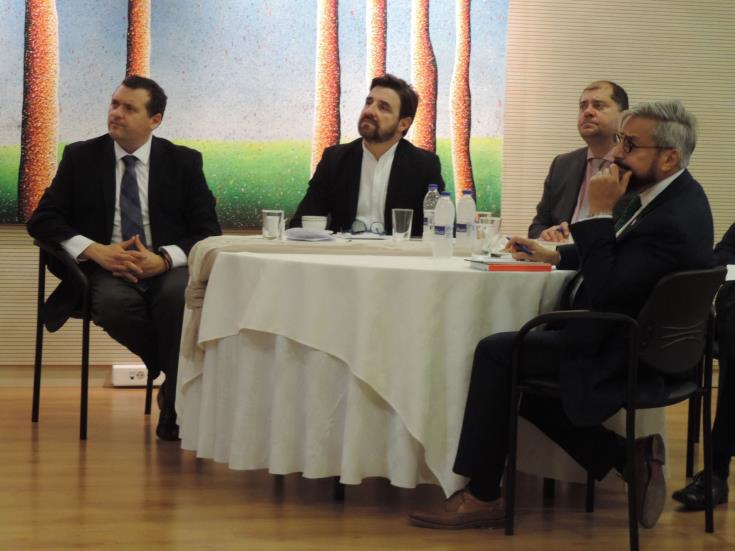 Permanent Secretary of the Foreign Ministry Tasos Tzionis has briefed Athens-based ambassadors, who are accredited in Cyprus, on recent developments in the divided island’s Exclusive Economic Zone (EEZ).

Tzonis underlined that Cyprus has repeatedly called on Turkey to participate in the process of delimitating the EEZ, something that Ankara refuses to do.

Cyprus is divided since a 1974 invasion by Turkey which still occupies territory of the EU-member state. At the same time, Ankara carries out provocations within the   Republic’s EEZ.

Tzionis also referred extensively to the importance of trilateral alliances in the region, while underlining that these do not represent a threat to any state.

Cyprus, Israel and Greece have developed one such alliance over the recent past years.

In addition, the Permanent Secretary on Tuesday briefed the Ambassadors on recent developments as regards the Cyprus Issue, expressing the view that the role of Turkey is not cooperative.

And far from supportive in ongoing efforts towards finding a beneficial solution for all people in Cyprus –  Greek Cypriots and Turkish Cypriots.